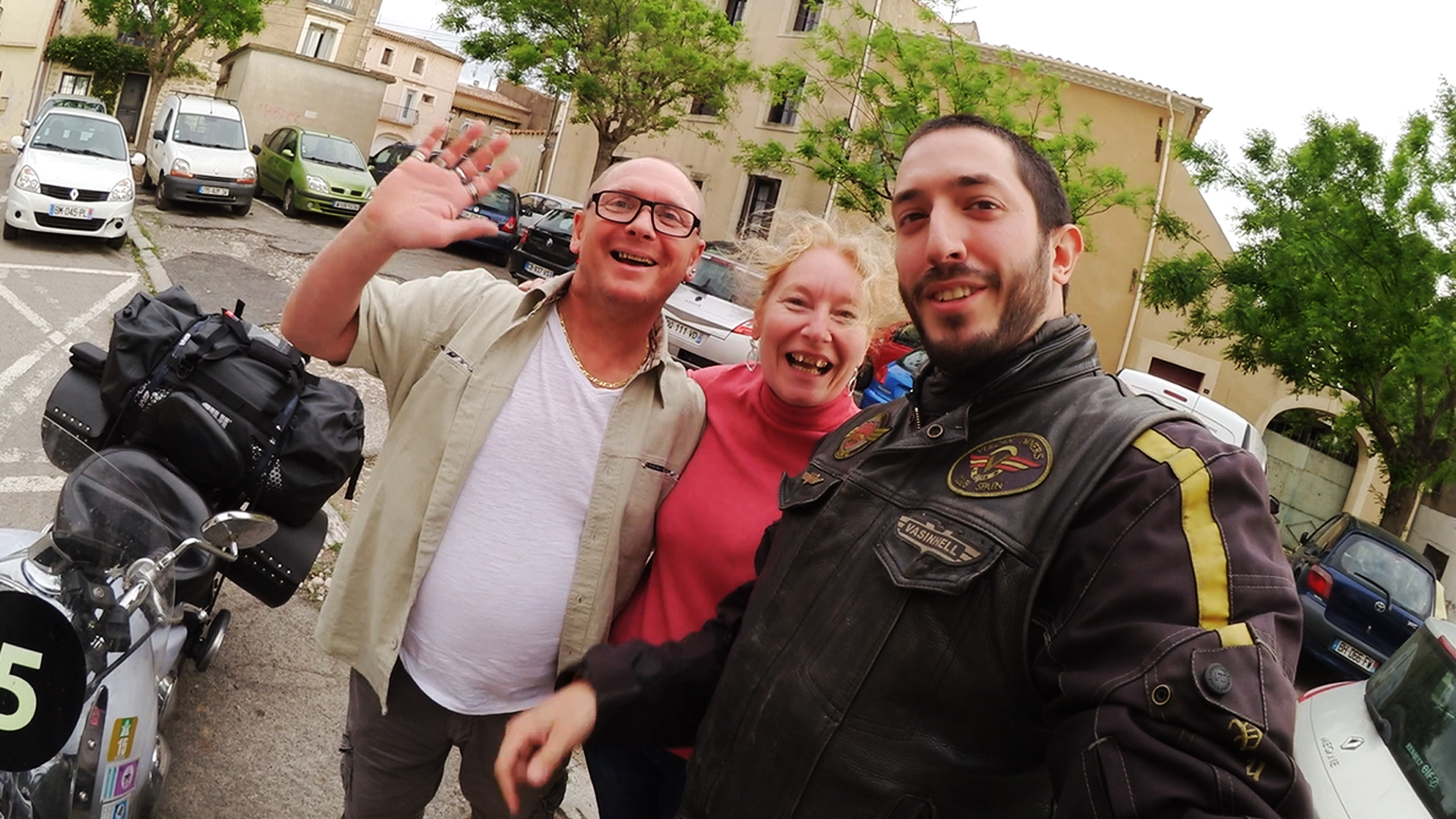 So here I am, at last, on the road I’ve been dreaming for a couple of years. Taking the last step forward to finally leave my home behind and break into the not so unknown area of Europe in the first place, to then continue to far east Russia.

It’s been already more than one year since I started thinking about this journey as possible to be done. It was difficult at the beginning, so many questions to answer. How? When? In which direction? Is it worth it? With the passing months, I realized some of them were related to work, feelings or needs. In early January 2018, I decided I was going to leave in May and that I had four months to set up everything I needed and end up all the rest. At that moment I was working as a Piping Designer, while I was a volunteer in an animal shelter and training myself as a positive dog trainer. All of that had to stop by the end of April to allow me to start this journey. Otherwise, it would have never started.

During the last year, I saved money as much as I could because I was not sure I could find someone interested in this trip just to be a small scale sponsor. To be fair, there are so many things you need to focus on before departure that I didn’t even think about adding any special purpose to this journey. I was willing to leave Spain to discover what’s out there, what the people look like, or if the World is really as bad as they say. Sometimes the news shatters our dreams before we were even intent to act. I believe the hardest part of leaving will always be saying goodbye to your loved ones. Those people who really care about you and will follow your journey mostly through emails, SMS or a phone call from time to time. As my journey had no specified deadline, leaving my girlfriend behind was not as easy as it may look to you. And so this history began.

The first stop I made was on the N-420, between Alcáñiz and Calaceite. There is a monolith I found seven years ago when I was doing my first long ride with my VN2000. This monolith indicates that the meridian of Greenwich crosses this road in this point. The first time I stopped there it caught my attention as a point of interest to take a picture but this time I decided it could be a symbolic point of our departure. And so it was. Seven years and almost 200.000 kilometers between the two stops gave this journey a magical start.

As I left quite late, I couldn’t reach the border with France the first day and stopped by my friend’s house in Reus. Marisa and Jeroni were waiting for me patiently as I was experimenting with my cameras along the way. They received me with open arms and took me for a walk around the city center where we met Araceli, their daughter. It was already a bit late by then and so we headed back home to have dinner and continue the chatting. Although I wanted to continue the conversation, time got out of hands and it was better to go to rest. I was still thinking about how I was going to get to Lyon the next day, my second stop, as I planned to pay a visit to some old friends as I promised some years ago. After a nice breakfast, I started the engine as I farewell Marisa and Jeroni. Our paths would cross again in a couple of weeks.

The last leg in Spain went well. Not much traffic, sunny weather, and a nice temperature. That was until I entered France through Le Perthus, a high pass I’m quite familiar with now. From that point, the wind came along like an old friend and joined me the rest of the day. I took me quite a while to get to Villeveyrac as the road are curvy and full of cars. It was not until five o’clock in the afternoon when I reached the village. Unluckily for me, I found their bakery closed. The fun fact at this point is that I speak French fluently but as I was looking at their sign I read “Thursday AM Closed” instead of “Thursday PM Closed”. Why is that? Because in French AM doesn’t mean “Ante Meridiem”, before midday, but “Après Midi”, after midday. So there I was just waiting for Nathalie and Vincent to open the shop and after half an hour I decided to call them. Surprisingly, they were just down the street. They invited me home after explaining my misunderstanding and we had a nice time together. Unfortunately, this was just a stop during that day’s ride and I had to continue.

It was almost seven o’clock when I left. I had a lot of kilometers left to do so I decided to take the highway. I didn’t want my sister to wait for me too much. The wind was very strong again on the highway, even the light panels were asking drivers to be cautious. At least we didn’t find any rain on the way.

By eleven o’clock we were already at the city center waiting for my sister to open the garage door. It was a pretty long day for both of us and my sister was tired as well.  I don’t get to see my sister so much since she left to continue her studies in France. I try sometimes to stop by if Lyon is on my way and so I did this time. Hopefully, it will not be the last time.