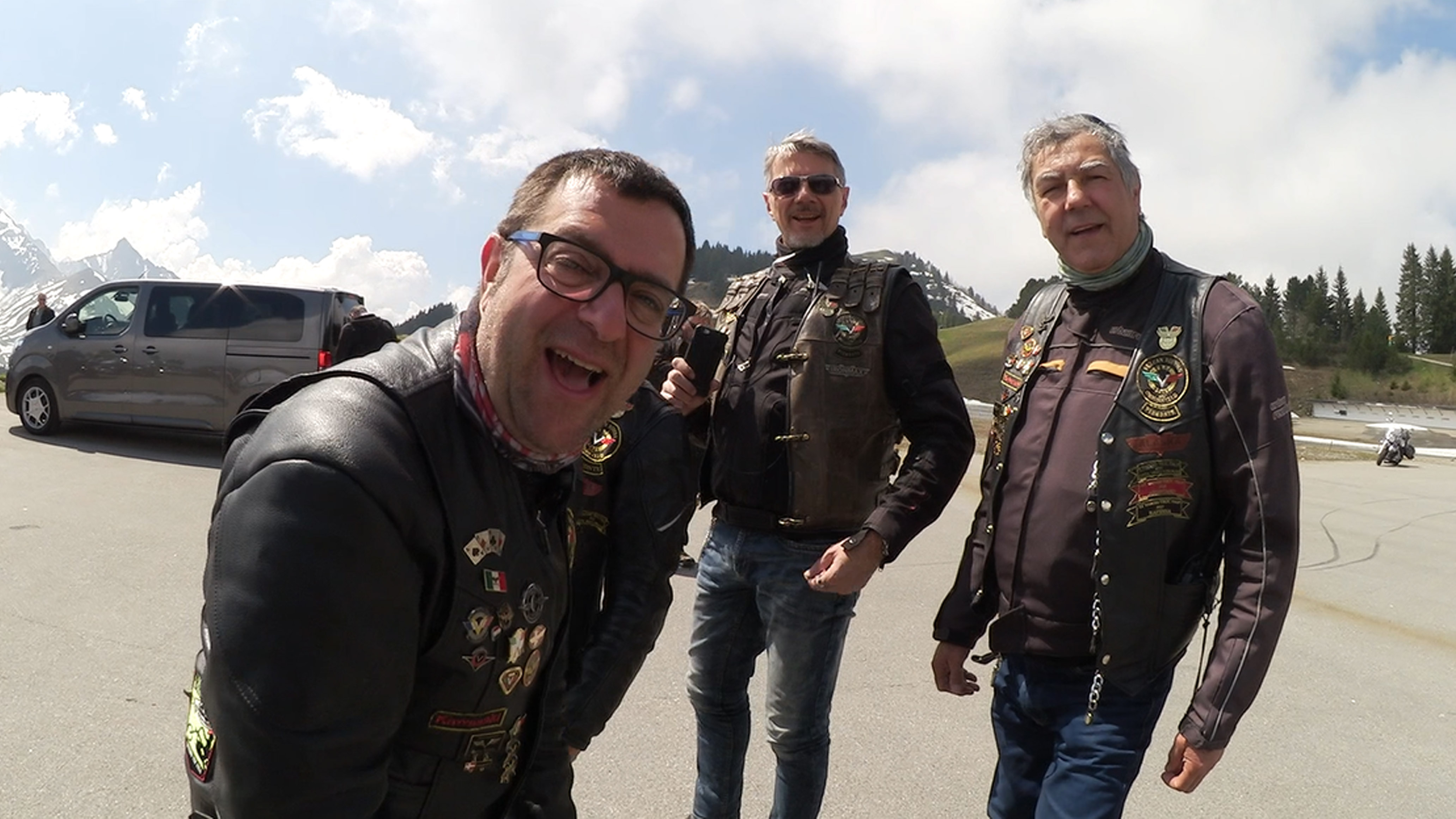 The sun rises and it’s time to leave. My sister has to work and I have to continue to Switzerland. I will be joining the local Vulcan Riders Association club on their first-anniversary party.

It was early in the morning and we did not have warm weather at that time. I decided to leave Lyon through the small roads as I planned to do in the first place. I just needed to keep the A-42 and A-40 close as it was a pretty curvy road to Geneva. We left Lyon with the heavy morning traffic but as we were leaving the city behind we ended up alone on the road. By ten o’clock most of the people were already at work.

About halfway to Geneva, we found a big memorial near Cerdon. The big sculpture on the edge of the road with “Where I die the motherland is reborn” engraved on it caught my attention. Once I hopped off the bike, I saw there was not only the sculpture there but a graveyard as well. All of this was in memory of those who fought the Nazi occupation: the Maquisards of Ain and Haut-Jura. This monument was built in 1951 after receiving the approval in 1947. The site of Val d’Enfer in Cerdon is adopted as a geographically influenced choice, being the center of the department area, because of the destruction of 52 houses by the Germans on July 1944, and by many victims among the civilians and maquisards killed in action in this region. The cemetery was added in 1956 in which some of these maquisards are now resting.

Continuing ahead, a couple of hours later we entered Switzerland. Very warm weather welcomed us as well as heavy traffic. Needless to say, it was Friday midday rush hour and everyone was leaving the office at that moment. I needed to refuel the beast and that’s when we had our first taste of the country: 2 CHF/l. Meanwhile, I was trying to find a wifi hotspot to download the address of the place I used to leave as a child. Last year I sent two WhatsApp messages and it cost me about seventy euros, and that is something I wanted to avoid this time.

I don’t remember much of this country, lifestyle speaking. I did kindergarten in Geneva, went with my family on a holidays trip back in April 2004, crossed the country from east to west on July 2015 because my girlfriend and I took a detour to south Germany on our way back from Sweden, and recently drove on the east region with her while driving to Denmark in 2017. To be fair, I keep some blurred memories from my childhood there. I can sometimes visualize our last house from the inside but none of the details on the inside.

Once I got the address I felt like I needed to take the motorcycle with me and see it again one more time. It took me a while to get there because of the heavy traffic. When I arrived, it felt strange. I didn’t remember the surroundings at all. Suburb roads delimited with high bushes giving access to a whole bunch of houses in a residential area. Nostalgy was in the air. I decided I should go and pay a visit to our old neighbors, Marianne and André, as they are still leaving next door. Luckily for me, they were home. It was a surprise for them, as for me, to go back to their place. How are your parents? What about your brothers and sisters? I spent about an hour and a half with them. We took some pictures and had coffee together. When I was ready to leave, Antoine asks me to follow him. He took me to the post office and told me to wait there. A couple of minutes later, he came back and gave me the swizz toll sticker and some swizz francs saying: “As you are not staying tonight, I would like to help you like this”. I didn’t expect them to give me anything but a bit of their time for a nice chat. He gave me no choice rather than accept it and continue my trip.

We left Geneva and drove along the north border of the Léman lake up to Lausanne. After a hell of traffic and very hot weather, we were running out of time and decided to take the highway as we had received the toll sticker. It was not possible to turn around so we continued up to the next connection. I thought that was the best option at the moment. Even having decided to take the highway, we arrived at the meeting point by eight o’clock.

Being late, but not the last one, I took off all my stuff from the motorcycle, left it on the room and went to greet the group. I didn’t check who was coming so I was surprised to see a group of Italians there, as well as the Belgians. At least language was not a problem. Most of the Germans and Swizz people spoke English. Not into German at the moment, sorry. Nevertheless, I tried to speak some self-taught Italian with the rest as we have met quite a few times during these last years. I’m not studying Italian but I tried to memorize something every time we see each other.

I was having dinner on my own because of my timing, but it didn’t matter at all as the party was on already. The first night was quiet, musically speaking, so I spent most of my time meeting the Swizz members. The Swizz Vulcan Chapter is a brand new one in the Association. It is the second Vulcan club in Switzerland as 15ers is the oldest one. Regardless of the details, that club was not in the Vulcan Riders Association whereby the new club was born. I did not have much contact with the first club neither, so it was a good opportunity to spend the weekend with both of them.

About Saturday midday we set off for the ride. A couple of coffees here and there led us to an esplanade in the mountains where we had enough time to relax and take some pictures before the fog made its appearance. Back to the meeting place, the Swizz group set some delicatessen on the table and so did the Italians. I don’t know how but these guys always bring something from their country. All this eating and drinking to entertain ourselves before having dinner.

And so the party went on. This time with “Simi & The Grumpy Dwarfs” entertaining us for the evening.