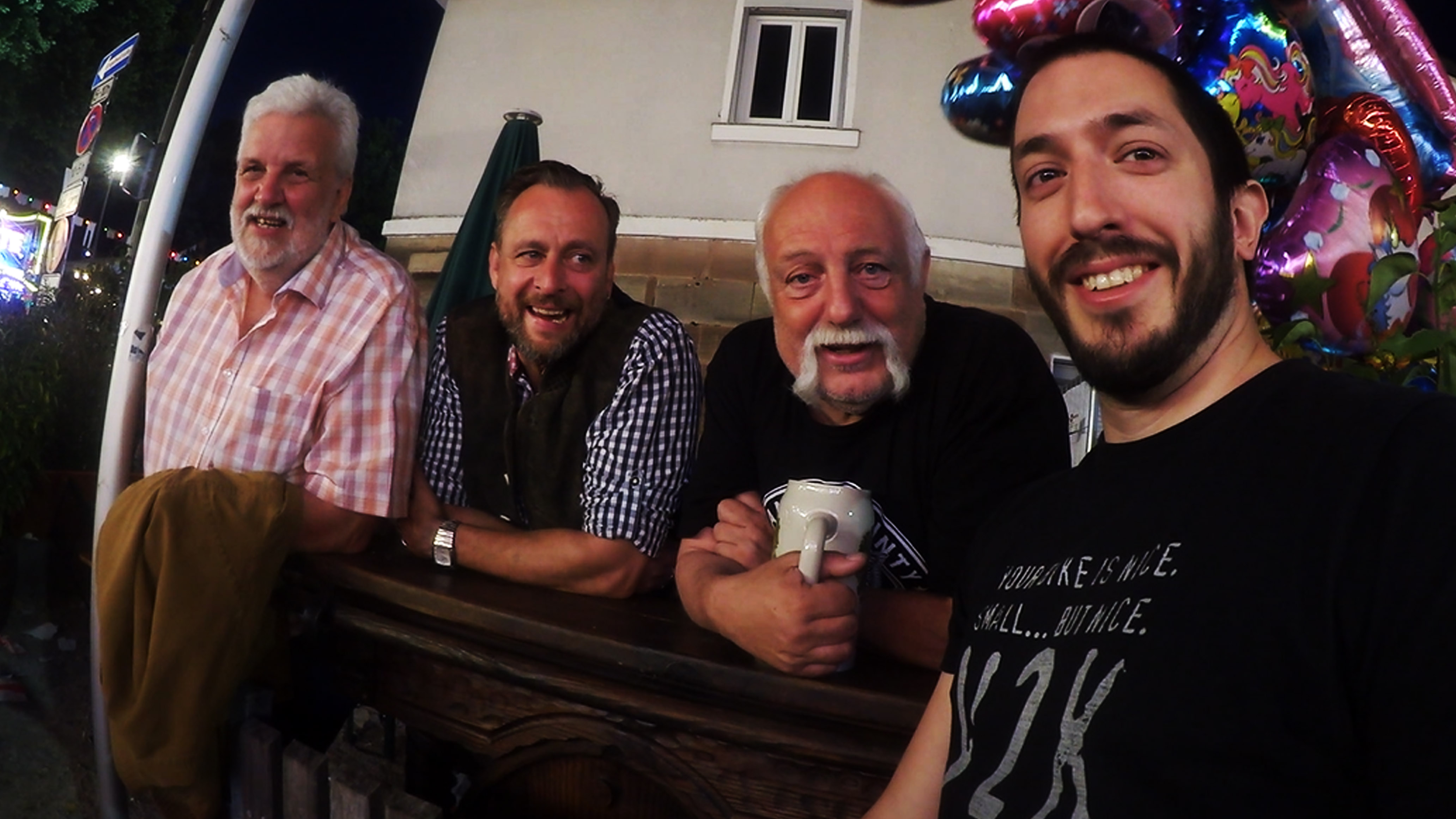 It is time to say goodbye to Jürgen for now. We will meet him again a couple of times during this journey but now we have to move on. Mely and Stephan are waiting for me in Röthenbach an der Pegnitz. They invited me home again as the regional group of Vulcanier Germany was preparing a small weekend off for Erlangen Beerfest which was being held that week. I do not drink beer nor very crowded places but it was an opportunity to participate in the oldest Beerfest in the country.

The hosts for this weekend were Ralf and Regina, and the party turned to a small family reunion. Another opportunity to meet new friends arise. I always say that being in a small party gets you closer to people because it is very complicated to have a nice long chat with everyone when there are too many persons around. We had a wonderful night and spent a lot of time singing and dancing around the fire.

The day after, we all left to Rothenburg ob der Tauber for the day. When we reached the city, we parked our motorcycles in front of a tourist bus. The passengers were coming toward us and then I realized it was an Argentinian tourist group. I can barely count with my finger the number of Argentinian friends I have in Spain. I don’t know why, but I do not know many. It is true that I do not tend to participate in large group activities such as Facebook meetings or things like that so the ones I meet are friends of friends or life just put us on the same spot once in a while and I took advantage of the situation to talk a little bit with these people. They were touring around Europe with planes and busses and they were about to leave. Some of them told me their kids are also bikers and we took some pictures together for them. As I got separated from the group, I met them at the entrance of the city.

The medieval fair was being celebrated. There was a lot of people in disguise, riding horses and playing music. We did a small walk around to find a good place to have lunch. After a nice local meal, we got a guided tour. Unfortunately for me, it was in German and I did not understand a single word of it. As we were moving, I was paying more attention to the surroundings and taking some pictures of it. We stopped at the main square to watch a dance show and stepped in a large parade half an hour later. It was very hot. I remember most of the group was wearing waterproof clothes, plus jackets and vests. The sun was in the highest position and moving around was torture.

When there was no more thing to see we went back to the parking place. While we were visiting the city, a nice policeman came and put a ticket to all of our motorcycles. It seems payment was mandatory but we haven’t seen any sign of it. We returned to Ralf’s home to prepare for the evening. We were going to Erlangen’s Beerfest, a beer party which is fifty-five years older than Oktoberfest.

We got there by bus. Some of the guys were wearing the traditional costume which consists of a Lederhosen for men and Dirndl for women. It is not mandatory but it is something nice to see. As you may guess, I didn’t wear it but many people around were doing so. We got there at about eight o’clock. People were already drunk. There were as many people entering the event as they were leaving it. Being there was a nightmare. We tried unsuccessfully to find a place to sit down. Everything was overcrowded. I was surprised by the beverages price lists. It was as expensive too but a gin-tonic or beer and one thing you should be aware of is that you have to pay the glass in advance. If you return it, you get some money back. Try not to crash it!

Within the next hours, people started to leave the party and so did we after having dinner and a few more drinks.