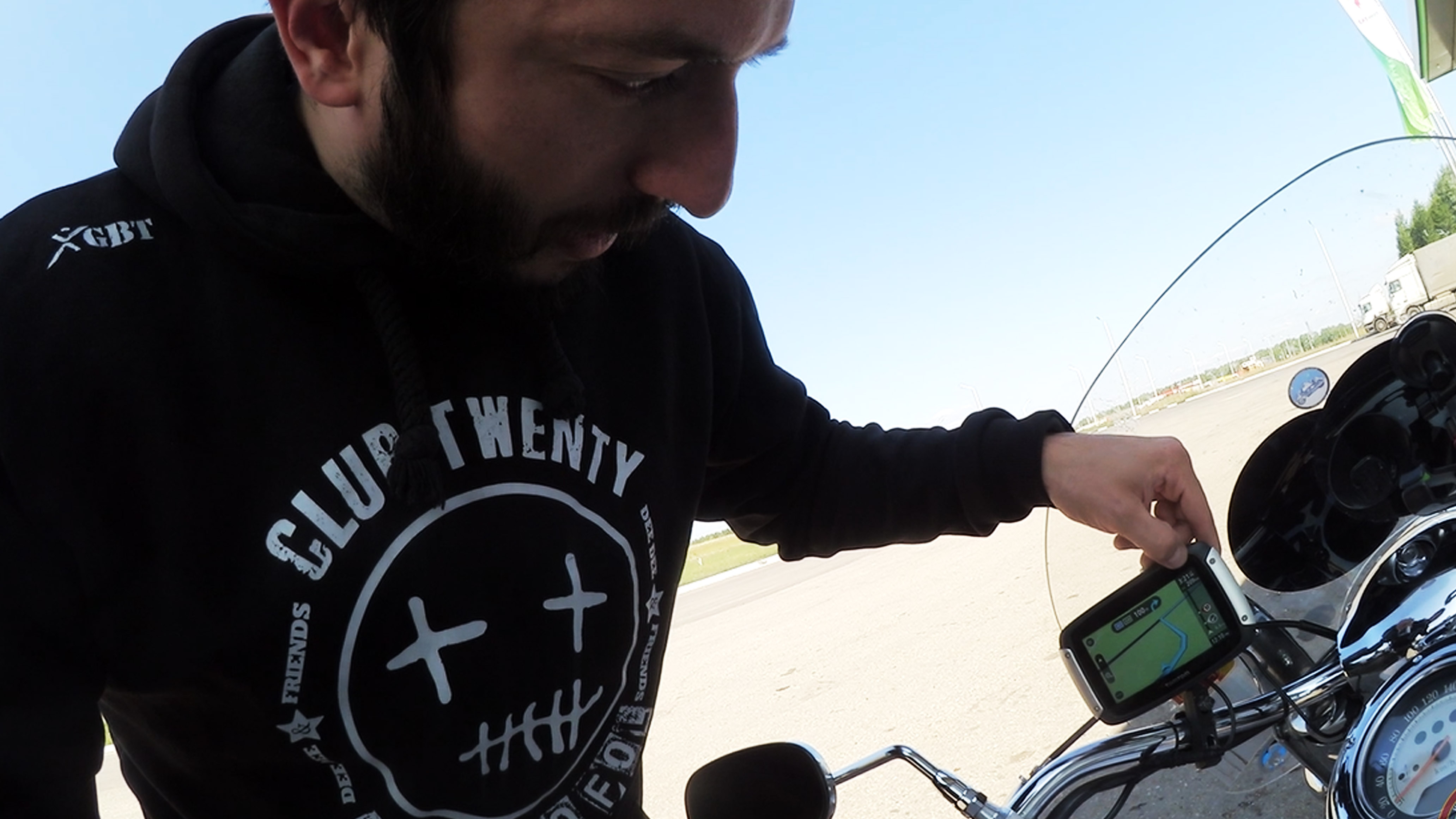 Dimitri offered to join me on the road to Samara. He has some friends there he wanted to see and we could go around the city together. We met them in Mc Donald’s parking, which seems to be a very popular reunion point. We couldn’t spend too much time with them as Dimitri and I had spent all the morning at the military museum in Togliatti and he couldn’t stay overnight. We had time enough to walk aside the Volga shore.

I did my own tour the day after. I walked from side to side of the city picking up some architectural details of the area. I was told some days ago that the traditional Russian housing architecture is composed of a stone or brick basement, while the following stages are made of wood. It was quite impressive to see that many of those houses seemed to be close to collapse. The wooden structure was deformed and most of them looked like the floor was sloped inside. Almost all of them looked highly fragile. I could see many of them with the lights on, indicating there were people actually living in them.

The neighborhood where the hostel is looked very different from the rest.  For a couple of blocks, the main thing you could find were those traditional single-stage houses. Just after walking fifteen minutes I began to see small apartments buildings and some other larger ones on the back. Besides most of the traditional houses looked very bad, the number of abandoned buildings was surprisingly high.

After walking a couple of hours, I arrived at a park where there was a festival going on. There was a small scenario with a guy making a magic show. I sat to watch it and sadly ended a couple of minutes after. However, another guy with some pretty nice skills took his place and started a whip show. This guy was surrounded by the crow and even if I was sitting on a hillside I could barely see what was going on there. The whipping sound was quite clear dough. The park featured some kind of music autumn-related festival.  There were people walking around on stilts dressed like fairies, floral decorations, season expositions, and a lot of kids.

There is a museum near this park which is the so-called Stalin’s Bunker. Unfortunately, it was closed by the time I realized it was there and after checking the website it seemed it was not possible to go inside if it wasn’t with a group guided tour which needed to be booked in advance. The rest of the website was in Russian so I didn’t have any clue on how or when I could get a ticket for it. I spent the rest of the day walking from West to East, reaching Samara’s Space History Museum “Самара Космическая”.

After almost four months on the road, I found out my saddlebags were opening again. I spoke with some of the members of Vulcans MCC to see if I could get any help finding a shoemaker and got the contact of Юра, a member leaving in the north of the city. It was Sunday and he told me to wait one more day in town. I was supposed to leave on Monday but stayed around and meet him in the morning. He took me to his Armenian Вартан and Айко’s shop where I got them to fix and get reinforced. After that, I followed Юра to a traditional homemade restaurant for lunch. By mistake, he thought I was leaving town that day and escorted me to the exit of the city. As I was not sure when I was going to meet him, I had another night booked at the hostel just in case. I took advantage of this and stopped at a gas station to finally get a jerrycan. I was soon leaving Russia to enter Kazakhstan and I didn’t want to run out of gas.

On my way to Ufa, I found myself in a strange situation. Samara is set on GMT+4, which is one hour more than Moscow. It is the first time zone change we have since we entered Lithuania because summertime does is not applied in Russia. Although Ufa is set on GMT+5 somewhere in the middle we entered a GMT+3 area. It is really crazy to see how your hour’s schedule could change from one place to another. Russia has a total of 11 time zones, beginning in GMT+2 in Kaliningrad, up to GMT+12 in Kamchatka.

I arrived in Ufa in the evening but had time enough to go and do some shopping to have breakfast the next day. I was staying only for two nights and spent the first one working and relaxing a little bit. The first place I visited was the monument dedicated to Salawat Yulayev, a poet and national hero of Bashkortostan. This monument is located on a viewport on top of Belaya River. From there, my next point of interest was the “The Russian-Bashkir Friendship Monument”, on the East side of the city, dedicated to the 400th anniversary of the accession of Bashkortostan in Russia. Following this path, I walked back to the city center to find “The seven girls fountain” which is basically that: seven girls on seven different positions pouring water into the fountain.

After six or seven hours of walking around, I went back to the hostel just to wait for the night to fall. I then took the bike to drive to the northern part of the city to visit Victory Park. Like many others, there is military equipment distributed all around. Tanks, artillery, and even a submarine can be found in it.  As always, a big monument lies in the middle in remembrance of the fallen soldiers. The most shocking thing I saw was the number of kids on top of the tanks. This looks like a popular place to let children play.

Around The World, With A Stop In Krasnozerskoye