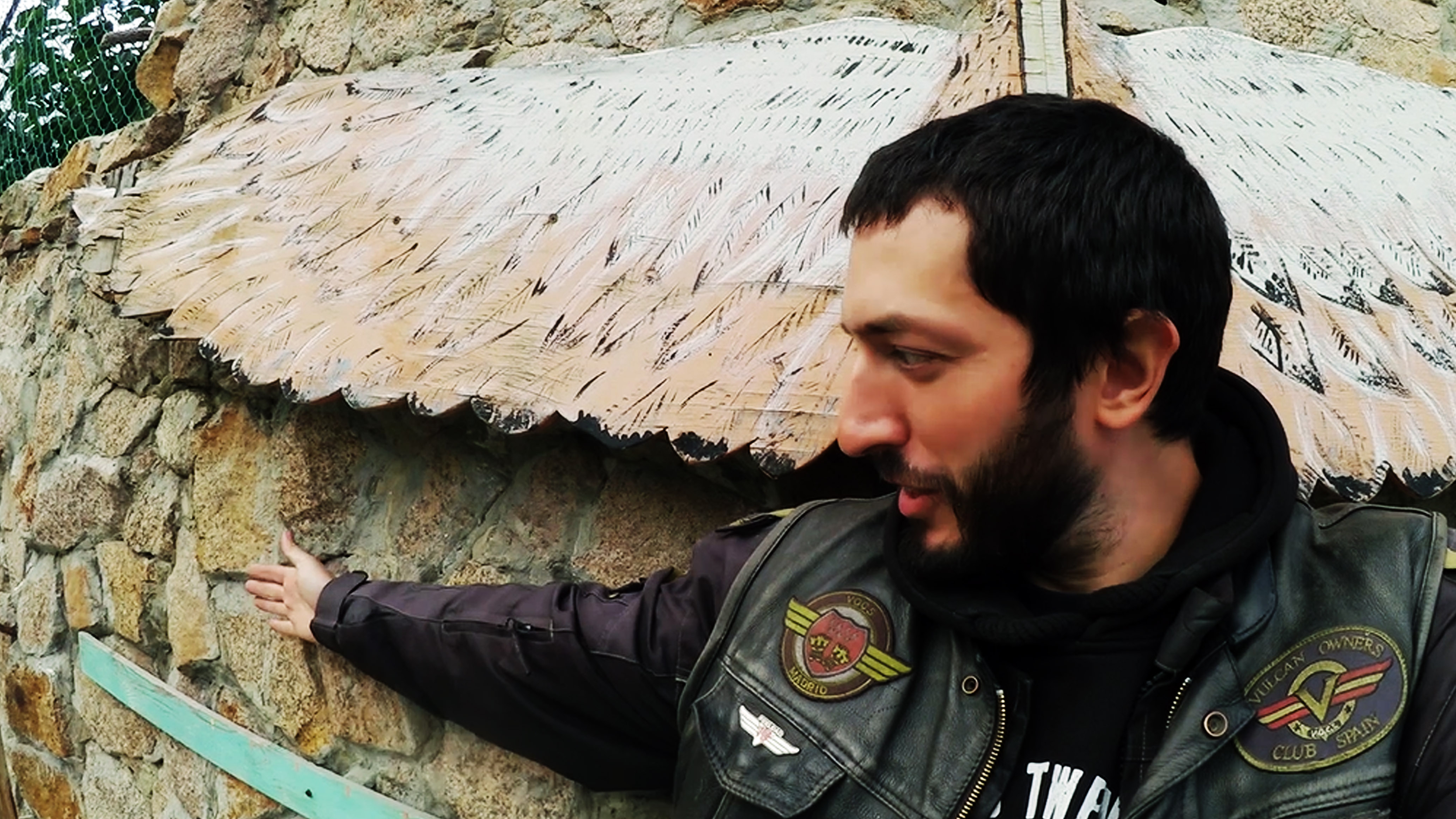 It’s time to continue East across Russia. Chelyabinsk is now our next destination. I was contacted by Andrey a couple of days before and he invited me home if I thought about passing by. I drove to Chelyabinsk with pleasant weather and no special inconveniences rather than feeling the throttle too hard. Andrey asked me to arrive within an hour range and once I got there it was Marya, his wife, who received me. Actually, as Andrey forgot to present himself on his message, I was not even sure at first who had contacted me. He had offered himself to help me doing the service to my bike and I was about time to do so.

After having a hot shower, they took me into town for dinner. We walked for a little while around the city center and went to a biker hostel bar called FreeДом, which I just found it has a double meaning. You can read this in English as “freedom”, or mix English “free” with Russian “Дом” (house). While reviewing the bar’s menu, I found a HOG (Harleys Owners Group) banner on the first page. I also found something similar on the tourist guide of Moscow. It seems the HOG is very popular around here. After a delicious meal, Vladimir, the owner, invited us to come to his birthday party the next day.

It was Friday and Andrey had to work. Marya offered me to ride around the city and so we did.  Before we went any farther into town, I was feeling the throttle hard again. I forced it a little to get it smooth again and heard something crack. It is pointless to say it broke. I could manage to do a hundred meters and stop on the hard shoulder. The throttle was no longer connected to the bike. The inner ring which holds the throttle cable was completely shattered and it was not possible to fix it. Marya left me there for half an hour as she drove to a garage nearby to get me a new pair of grips. Even if she couldn’t find a pair, she came back with a grip which was not in perfect conditions but did fit nicely. With that fixed, we continued to Chelyabinsk’s Victory Park called Sad Pobedy.

Marya told me that the tanks you can find around Russia were emptied. Some of them were left as decoration or memorials in both cities and parks along with the country. Although I assumed all these WW2 vehicles are original, I didn’t know they are fully operational. Again, a place where parents can take their children to play. Right after seeing the obelisk memorial “Stela Pobedy” we jumped on the bikes to head to Shershnevskoye Forest Park named after an artificial reservoir next to it used as the main source of water supply for the city. Inside this huge park, there is a special place for people to take their wedding pictures: a bridge to a platform in the middle of a small lake. There is a “love tree” in this platform, where people leave a padlock with their names and the date they got married. Seems that Marya had done this as well but it was impossible to find it. I’m not sure how long those padlocks will stay there until the government takes them away. In other places where I have seen this they usually clean the padlocks off every once in a while.

Our next stop in this park was the Zoo. I’m not a big fan of these places since I started volunteering for an animal care center. Marya wanted to show me the place and I was a little bit curious about who the animals were treated here. Apart from some animals having a space three or four times larger than bigger ones, it looked like any other kind of Zoo. Two target examples are giant vultures with not much space to fly, or two lions locked in a small cage while a single leopard has ten times more space. The tiger had even more. The day closure was at FreeДом Bar where Andrey and I had something for dinner for Vladimir’s birthday. Back home, I taught Andrey how to make a toast in Spanish using my small knowledge on Russian alphabet. It went pretty good!

It was Saturday already and the bike needed to have some things fixed. Andrey found out she was dripping oil the day before and therefore took the oil pan out of the bike and delivered it to a welder’s shop. Another pending thing was the throttle grip. The problem here was that it was the inner ring was incomplete and only worked in one sense. That is, the cable was not going back to position. Andrey found a way to fix it and left the bike up and running. It is great to find people like him on the road. He has a lot of experience doing repairs as he is a professional mechanic.

As it was not clear if the oil pan repair would be done on that same day, I was invited to stay one more day. It was then when Andrey told me I could join his ex-wife on a Russian sauna on my last night over. He said it was a different experience for me and that I should try it. I was not sure what to expect and decided to go. The sauna was a spiritual ceremony organized in three different rounds, the first two in groups and the last one in solitary. The ceremony was directed by Valerya, and later by Olek. They are both commonly known in Russia as “Bath Masters”. In fact, Olek was granted with the title of best Bath Master of Russia. The goal of this ceremony is to clean up the body from sickness and purge yourself from bad spirits. This was quite an experience and if you ever have the chance to join one of these groups, do it.

Around The World, With A Stop In Krasnozerskoye