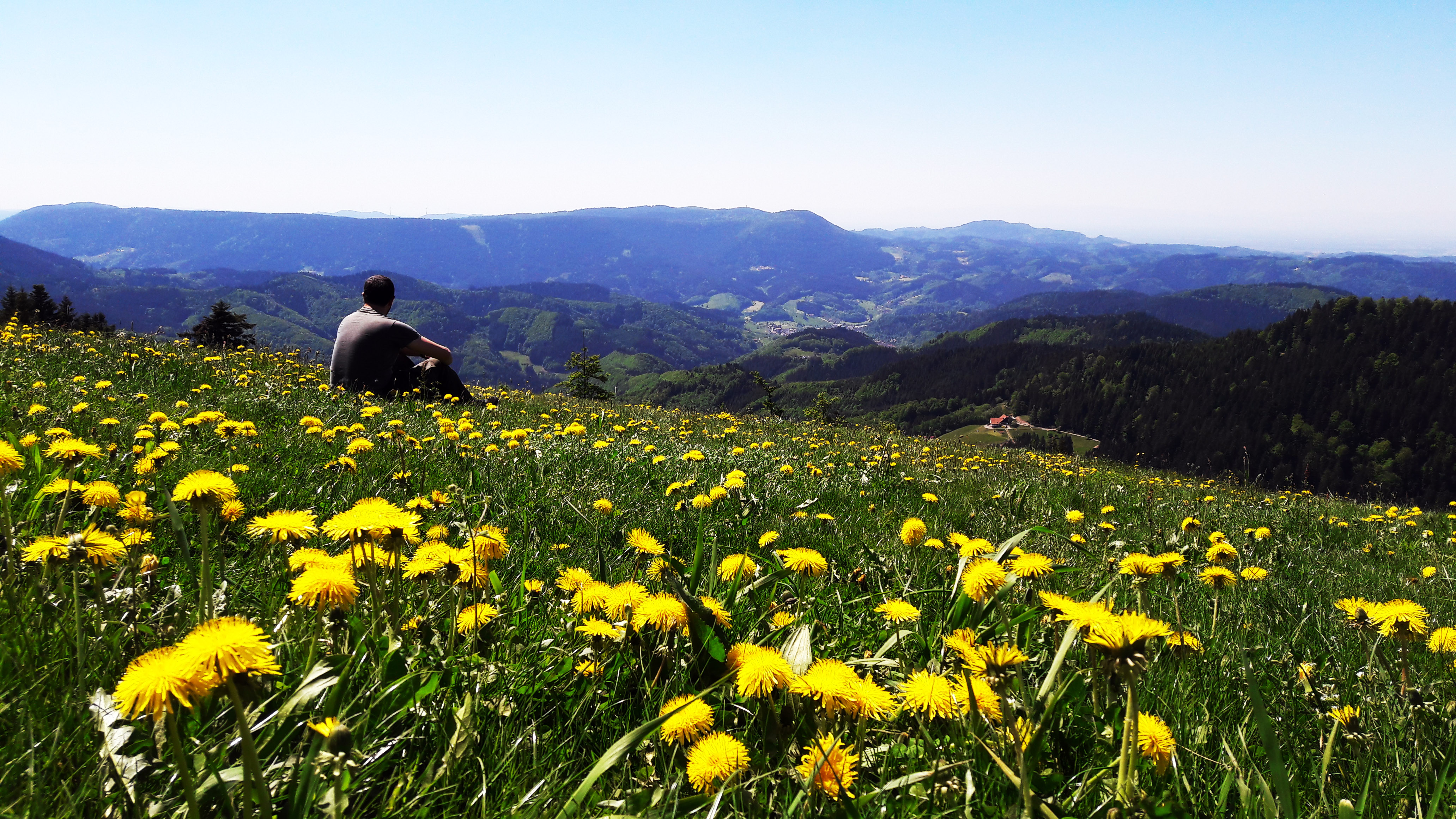 Now that the Vulcan Riders Switzerland party is ended, it’s time to move on. Our new destination is Sasbachwalden. My friend Stefan is waiting for me there.

We left early in the morning. We were riding up to Germany with the Belgian and German members as our schedule was partially shared. Our group included a total of seven motorcycles and the plan was to ride through the small roads up to the border. Maximum speed on these roads could sometimes be lower than 90 km/h as is it surrounded by mountains. Therefore, after one hour and a half, we stopped to have a rest.

At that point, my motorcycle was running out of fuel. We planned to fuel up every motorcycle once we crossed the border with Germany as the price is way much cheaper there. I just needed some extra liters and I couldn’t use my credit card at that petrol station. Cash only, sorry. I had a 20 and a 50 Swizz francs notes and thought it was better to fuel just twenty. Once I did, I realized I was going to need an exchange office to get Euros from the other note as I was not going back to Switzerland again. As it was a gift from André, I decided better to spend it at that moment. Unfortunately, the pump cash machine didn’t have change and gave me a voucher instead. That was even worse. What was I supposed to do with a voucher that could only be used on that same petrol station? On the back, I could translate with my phone: “valid for two years”. The “not so fun” fact was that it could only be used on THAT petrol station. Not on any other of the brand on the whole country. For the time being, this ticket would be saved for some “wall of shame” purpose.

A couple of hours more led us to the border crossing in Basel where we fueled up the bikes and had a meal at a cozy restaurant. We all had our thermal clothes on but it was very hot at the moment. Everyone was drinking water and taking things apart. After the meal, our group was reduced to six motorcycles. Due to different schedules, Karsten had to leave us. The rest of us continued together until we reached Freiburg, Germans and Belgians were taking separate ways. I drove a little bit more with the Belgians up to Strasbourg, France, where we had another stop before I continued completely on my own. AIt was almost four o’clock by then and we had already spent about seven hours on the road. It took me another hour to reach Sasbachwalden.

I was following my GPS indications and took the first street left instead of the second one once I entered the village. It was not a big mistake but I was driving through vineyards and decided to stop to re-check where I was. GPS was calculating the route again but I didn’t realize I stopped on a sloped three-way crossroads. I tried to go back and turn the motorcycle and failed. The motorcycle slowly started to lean to the right side and I was not capable to hold it back and smoothly followed the fall. As the road was quite sloped, the motorcycle was completely horizontal. I pushed her up a couple of times but it was very heavy and the horizontal position did not help at all. In this kind of scenarios, I usually take everything out of the bike. Doing the maths will tell you there is a lot of effort to be put on: around 30% slope, 400kg motorcycle, and about 50kg of luggage. Unfortunately, the cooling liquid was dripping out of the bike and every time I tried to drop it to take the luggage out, the bike began to slide down the street.

I managed to send a message to Stefan but someone appeared before he did and helped me. In fact, Stefan though I was joking at first because his phone positioned me on another point of the village where there was actually a beer party. I started again the engine and found him a couple o meters ahead and followed him home. I met Stefan about two years ago in Varpolje, Slovenia. We were celebrating the Vulcan Riders local chapter’s anniversary there. He happens to have the same motorcycle I drive and therefore we keep a slightly fluent contact. I was supposed to meet him last year on our journey to Denmark. Unfortunately, my girlfriend and I had to change directions due to a mechanical problem with the motorcycle.

I stayed for two days with Stefan’s family. We had our morning walks through the vineyards with Jasper, their dog, and some rides along Schwarzwaldhochstraße and other small roads in the Black Forest. I had never been to this area before. Baden-Württemberg is so full of nature. I was surprised by the large vineyards we had around, the clean air and the lifestyle. Not a bad place to stay.