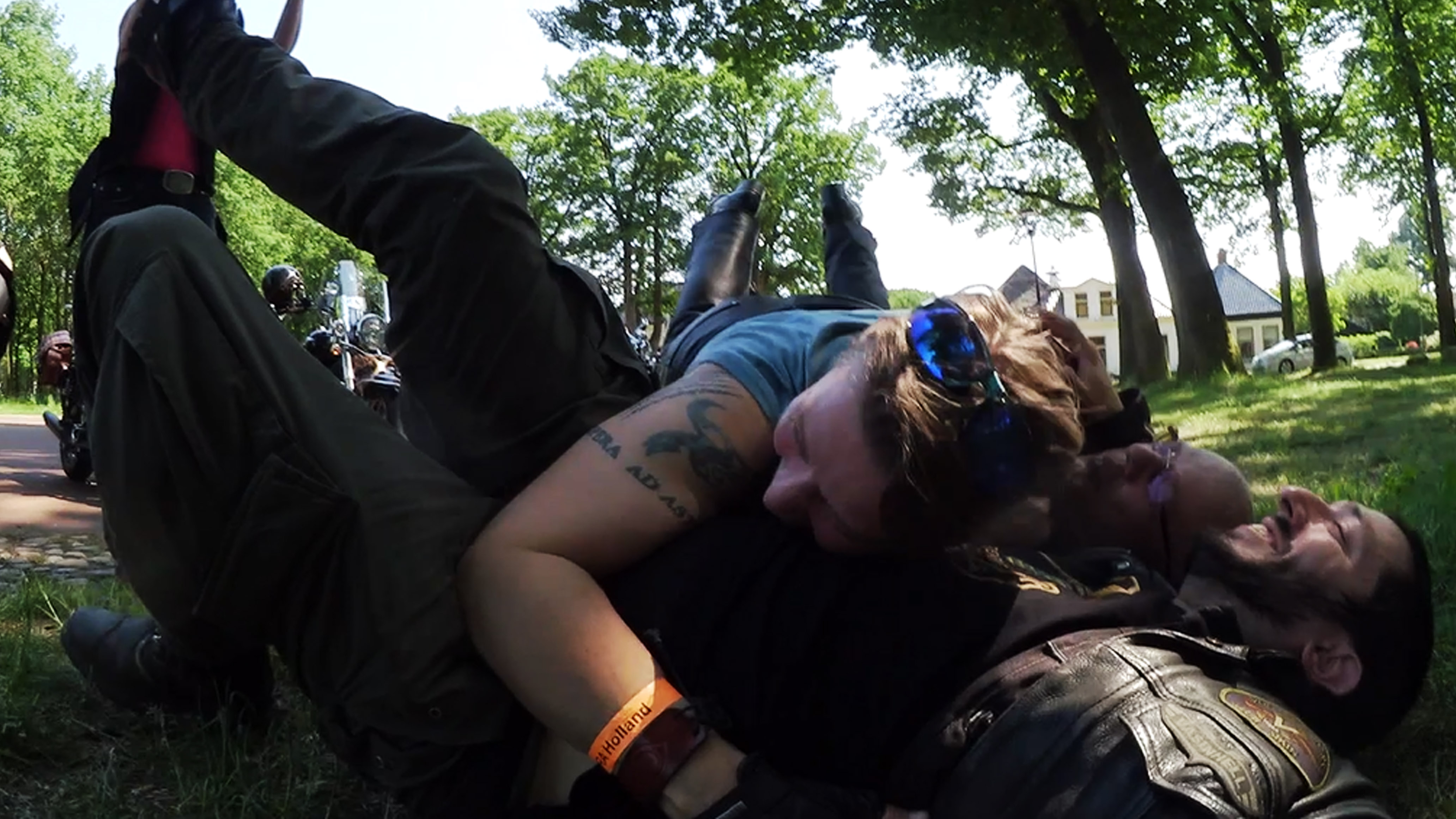 With all set and ready to go, I said goodbye to Marí and Silvia. Midday had just passed and it was very hot. My mind was trying to focus on Berlin’s rush hour traffic in order to get as fast as possible out of the city. For some unknown reason, my GPS thought the best way to do that was by crossing Berlin from east to west. Driving all the way down in the Bundesstraße 2 (B2) was a hell of a nightmare. With cars everywhere, it was not even possible to overtake them in between lanes.

I did not stop much on the way to the Netherlands. Just some quick rest time while filling up the tank and drinking some water. With the hot weather, those 750km really turned into a challenge. I remember finding a duck family walking on the right hard shoulder of the highway once I entered the Netherlands. My biggest problem that day was that I forgot to consider the road works that exist all over Germany. This little detail, mixed with the fact that I was getting close to big cities at the same time rush hours were being declared, didn’t help at all. In the end, I managed to arrive not too late. Late enough to still have a chance to have dinner.

A lot of friends were already there, most of them from the Netherlands. Belgium and Germany were present. Even a Swedish couple! Turns out the Swedish couple is the owners of the VN2000 Voyager model I have been seeing the last couple of years around the International VRA Meetings. It was great to have the chance to meet them at last and to hear Rolf explaining all the “good stuff” and love he put on his motorcycle.

I pitched my tent while my dinner was getting prepared and I also had some minutes to look around the campsite “De Motorschuur”. It is a cozy camping with a very large living room where you can sit down and relax while you have something prepared on the bar. It is a meeting point for many motorcyclists around the Netherlands and travelers around the globe. It has a lot of motorcycle parts and emblems decorating the salon and the camping entrance as well. Madeleine and Gijs, both adventurous travelers, are the owners of this place. They treated us so kindly that I may return one day.

Life in the camping was good, and so was the ride out. The first destination was Blauwestad, where we had lunch in a terrace. There was no special menu, just a buffet table with a lot of tasty sandwiches and toasts. after filling our bellies, we continued to Veendam to have a couple of hours of “free time”. Most of the group ran into the groceries stores for water and into the ice-cream shops nearby. The heat was tremendously high and there was no wind at all to refresh us while driving.

Back again in the camping, dinner was prepared and a small concert was getting ready to begin. The evening was fantastic. Although the musical duo doesn’t have a name, their music has full of joy.

And that’s all for now. I’ll see you in the next entry, in a couple of days.