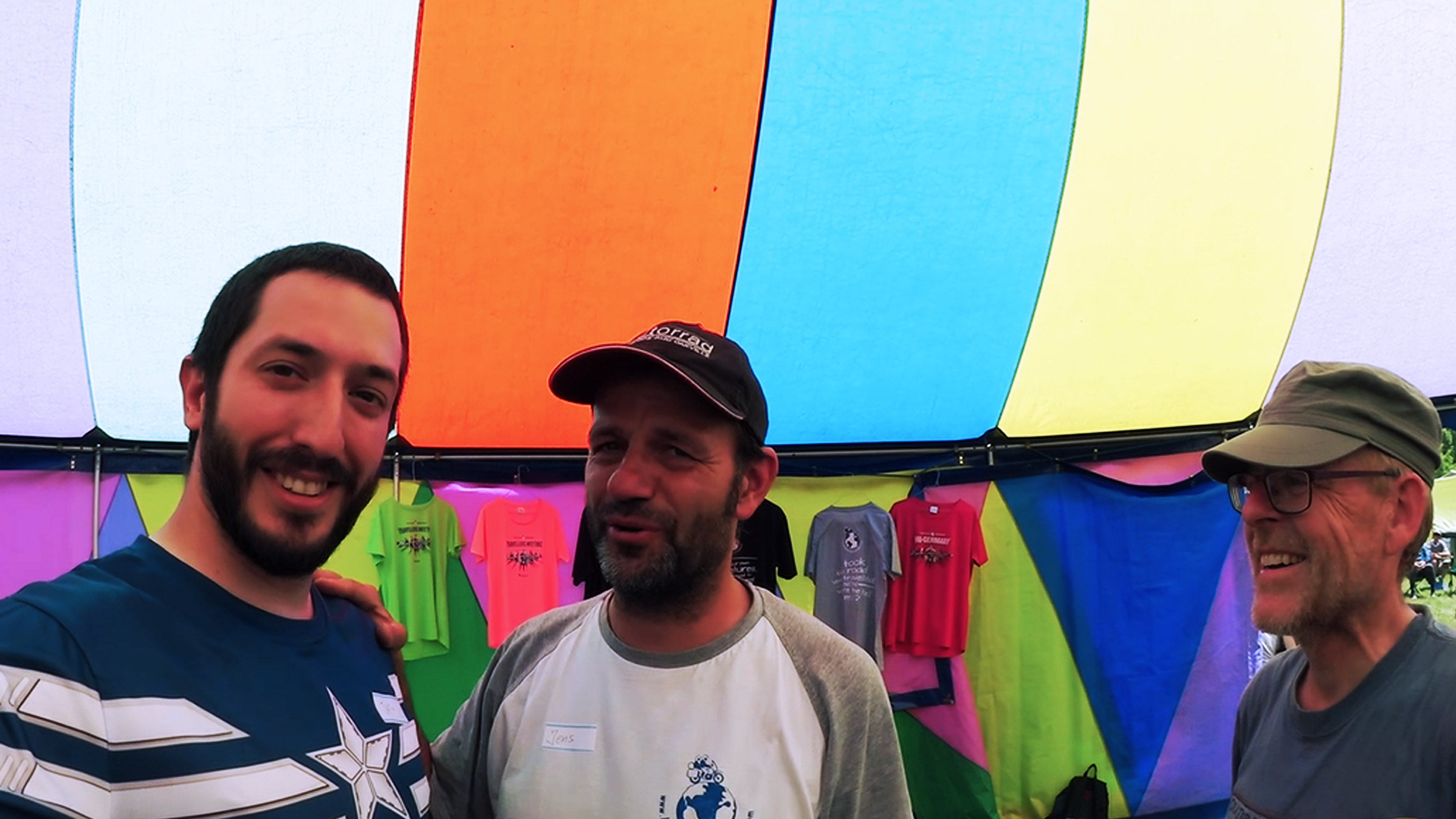 It is time to leave Nijmegen and continue our journey back to Germany. This time, I’m attending a travelers meeting which I was told about a couple of days before. Horizons Unlimited is a website which inspires, informs and connect travelers for more than 20 years now. They organize several meetings around the globe and this weekend we have the opportunity to attend the German summer meeting.

I was not sure what to expect. It is the first time I’m going to such kind of meeting. People traveling with any kind of vehicles where there. I arrived at the camping area by midday.  There weren’t too many people around by that time so I pitched my tent and went for a walk around the area. My first stop was the big tent located in the second ground level. Registrations were made there and Jens was on the desk.

After talking a bit, other attendees appeared. One of them was Martin, which I later new he was on tour around the world with a motorcycle for six years. He was one of the speakers the first night. With time, more people were arriving at the camping and settling down. I could see that most of them were riding adventure motorcycles like BMW or KTM. There was a couple of sports bikes and a total of three cruiser motorcycles if I’m not mistaken.

There was no specific schedule organized. The plan was to connect with people around and depending on the requests of the attendees and the people available, the schedule was constructing itself. I hung around most of the time with Jeffrey, who was in the tent next to mine.

All of the presentations and workshops were great, but unfortunately, I was leaving on Saturday morning to another meeting. I told Jens about my trip and he put me on the schedule to give a small speech about it. That was completely unexpected and overwhelming. It was going to delay my departure a couple of hours by I thought it was a good opportunity to have direct feedback from more experienced travelers. A lot of them suggested me to reconsider my route or motorcycle choice thinking it was going to be hard to accomplish such a trip. Why would we do it if it was easy?

I left around 3pm and drove two hours to Maring-Noviand to celebrate VN-Biker anniversary. I thought I was going to arrive quite late, as my plan was to be there for the morning ride out. For some reason, it was delayed and by the time I got there they were almost coming back. Most of the people were from the club, but 3 of us weren’t. United Kingdom, Malta and Spain had their representatives at the party. We met again with other friends like Stefan and Jürgen. Even Jasper was there!

The party went on like a family reunion and ended with all of us around the fire.