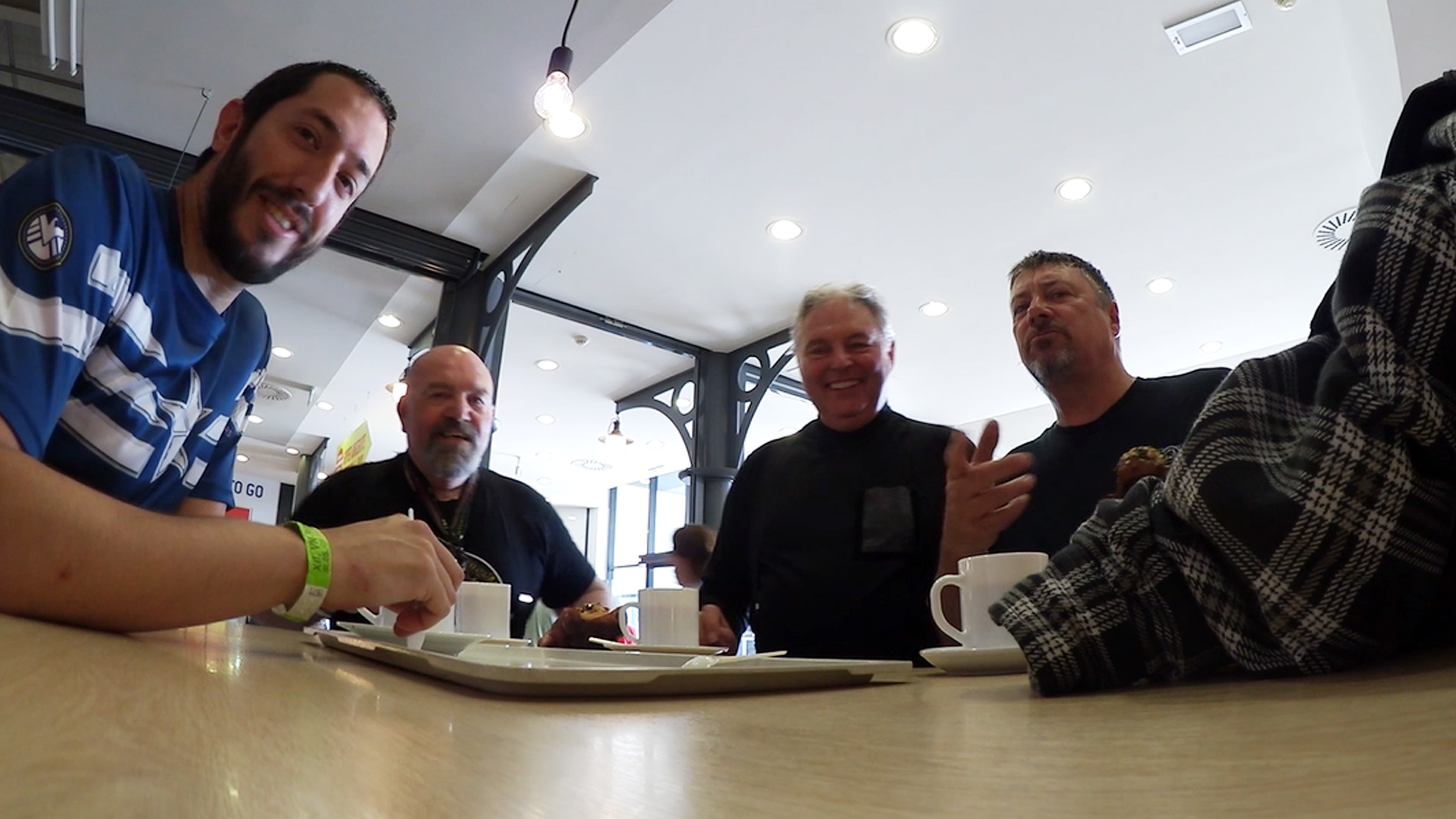 The weekend is over and it is time to continue to our next destination. We are not so far from the border and we decided to drive along with the other foreigner attendees. Two representatives of the United Kingdom (Graham and Paul), plus one from Malta (Twanny) and another one from Spain (myself). All together joining the same cause: going back home. Oh, wait… I’m not coming back. Yet.

Like the four horsemen of the apocalypse, we left the camping area of Maring-Noviand by midday and headed to Luxemburg where we stopped for a coffee. I always try to stop in Luxemburg if possible. Petrol has the lowest price in Europe. Sometimes the difference is astonishing. After filling our bellies, we continued to Namur, Belgium, where we got separated from our English companions. Farther down the road, in Brussels, the last two of us farewelled each other and continued separate ways.

I was meeting Petra and Wim again at their house. The first time we met was at the International Vulcan Rally in 2015, in Sweden, but didn’t interact much until I saw them at Belgium’s anniversary that same year and in Ireland’s anniversary party in 2016. Usually, the problem is that there are too many people at international meetings and it is very difficult to make “new friends”. Despite the fact that we meet once or twice a year, friendship has grown between us. Being on this trip is helping me spend more time alone with people which I see once in a while. Getting closer to people is one of these numerous benefits.

Back to the story, Petra and I went on a ride the next day to see The Delta Works, which is the largest flood protection project in the world. This project made in the Netherlands consists of a number of surge barriers, the Oosterscheldekering, being 9 kilometers long. We did not go on a straight line because I discovered Petra likes to drive creatively. This means: now we turn left; then we should turn right but we go left again; next time we go straight instead of going left; and so on. We ended driving all-around Zeeland. In the middle of the Stormvloedkering, which I thought was the name of this but it is the translation of “flood barrier” in Flemish actually. The wind speed is so powerful in that area that the small island in the middle is full of eolic towers. You can feel the sea breeze while driving with the motorcycle. In fact, I was not sure if the camera was going to record properly in that area. We stopped for dinner in Vlissingen later on. Bikes were parked just in first sea line. and, as it is a maritime zone, the seagulls did not take long to make an appearance and approach us while we ate.

One of the other things I had in mind to do back in the Netherlands was taking the motorcycle to a workshop for a check-up and a tire change. When I was attending Holland’s anniversary party, I met Maurice. He has his own workshop (Bianchi Service & Maintenance) and offered me to service my motorcycle for free, being the first company to help me on this trip. I drove to Wateringen early in the morning and found Maurice and Remco waiting to put their hands on my bike. Service took a little longer than expected because Maurice found some small problems that need repair. Unfortunately, not all of them were possible to fix as there were spare parts involved. Maurice promised to order those part and send it to me later on to wherever I would be. Taking advantage of the good weather, we drove to Willemstad on our way back and took some time to walk around.

The last thing we did before we left to our next point back in Germany was sewing back part of the saddlebags. With time, the sides of the covers were opening up. I just took them to a shoe shop and the problem was solved in a couple of hours.

And we left. Back again on the move, this time to Germany. Yes, again. Get used to this because I will spend a lot of time in Germany, going back and forth, North to South, East to West. In this occasion, I went to Viersen to meet Stephanie and Hans before we continued the next day to Vulcanier Germany’s anniversary party. Once there, I had the chance to meet again with their son Chris and Maria, also friends of mine for quite a while now. It was nice seeing them again as we haven’t met in the past two years.