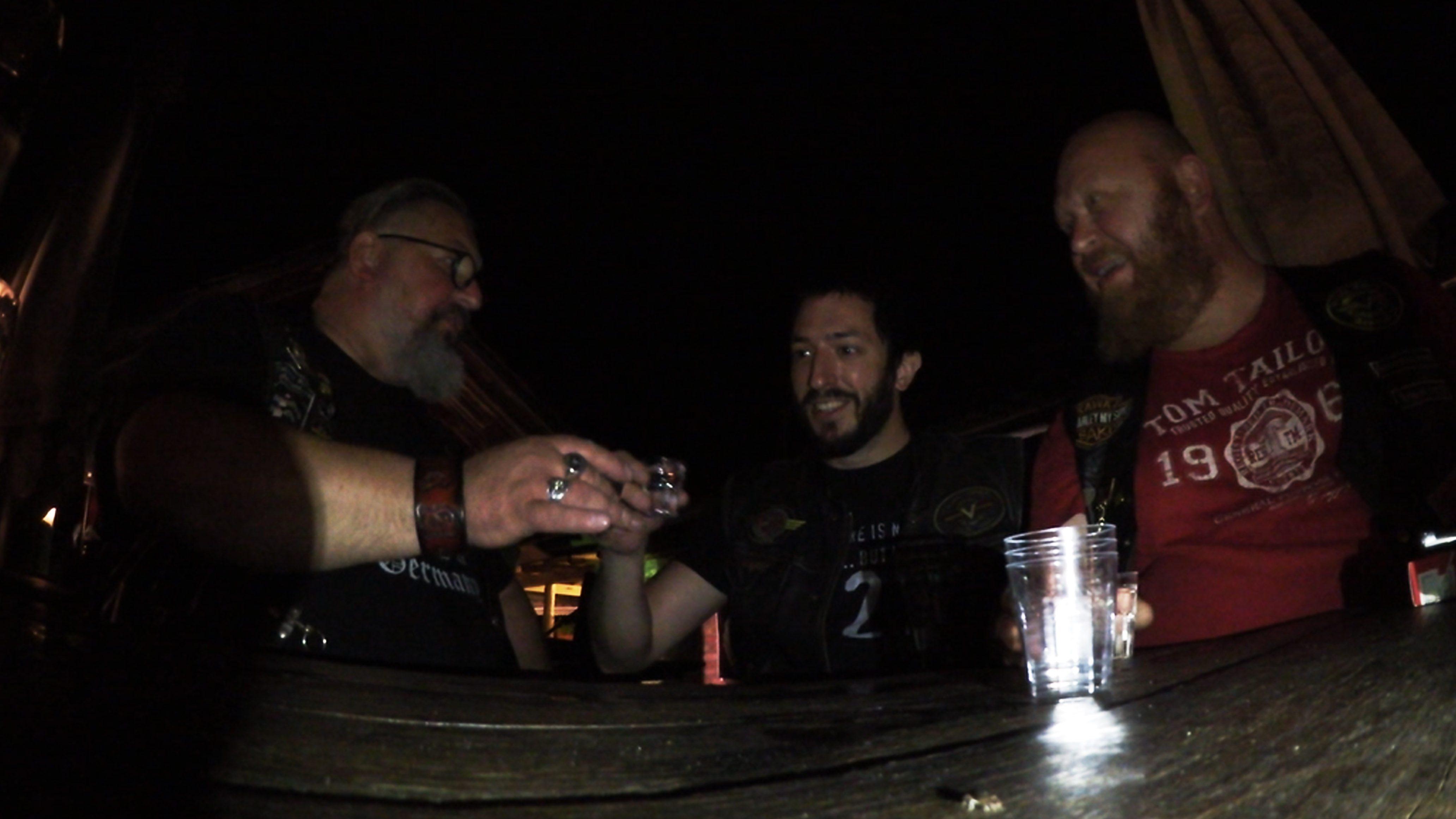 I was thinking about spending some more time in Munich or even go to Austria on Friday but my friend Bozo asked me to arrive that same day because the wedding between Verena and Bernd was going to be celebrated in the afternoon. I know Bozo and Claudia, who sadly passed away, for seven years now. We met in Madrid when they were back in Spain for the second time in a row. As I was not available the first time they came, I did my best to reach them. They were attending the anniversary party of the Spanish Chapter of the VRA but decided to visit our club again as well. They took with them Jill and Graham, English members of the VRA family. it was a great evening where there was a lot of people around.  I made a small video of it back in the day. They all became good friends with time.

Returning to our trip, I told Bozo I would do my best. I was in Munich and had to drive all the way down to Varpolje for the meeting. As I didn’t want to cross Austria on the highway, there was no other choice than driving on it the third part of the country and continue later on small roads after Ellmauthal. The ride was great. Green grass everywhere, curves and fresh air.

The GPS took me down to Bad Vellach for the border crossing to Slovenia. An incredible highpass where I had to drive very carefully as my brakes stopped working. I parked at the roadside to check was going wrong. As I’m no mechanic, I couldn’t find any suitable explanation for it. After trying a couple of times, the brakes began to work again as I was pumping the oil back in the system. Unfortunately, it didn’t last long. Driving with no brakes it’s dangerous. Even more, if the ones that don’t work are the rear ones and you are driving down a hill. After all, I managed to get safely on time to destination.

While saluting the other attendees, I realized they have delayed the ceremony a little bit because they were waiting for the Spanish Chapter members who were not there yet. They left for a ride out and had no luck on the road. One of them crashed after entering an area with gravel. The motorcycle was OK and he had low-grade injuries. Unfortunately, another attendee came for the motorcycle and crashed again 200m later. Now the motorcycle was seriously damaged. In between all this confusion, the Police came and claimed the accidents were the driver’s fault and accompanied that statement with a fine.

Because of the accidents that occur that same day, the group rides out on Saturday was canceled. Meanwhile, I thought it would be good to install the nautic horn Petra gave me from her VN1600 Tourer when dismantling it to exchange it for a VN2000. Yes boys, sorry for keeping the secret! I had other things to fix as well so I sat down and started with it. Detlef, a VN-Biker member I met in Malta in 2016, came to help. The fact is that he did not just help me with the electrics, but also helped fix other three or four motorcycles during the weekend. One of them was another Spanish motorcycle that had too much weight on the back that the fender screws destroyed completely the tire.

In the end, it was a very nice weekend which I enjoyed with old friends as Jörg, who I met in the Czech Republic in 2014, or with new ones as Sergey, from Vulcans MCC Russia, David, member of the Irish Chapter, Jürgen and the rest of Hungarian members, Senad, from Bosnia and Herzegovina, or the Italian cavalry, from which I keep meeting more and more members every passing year.