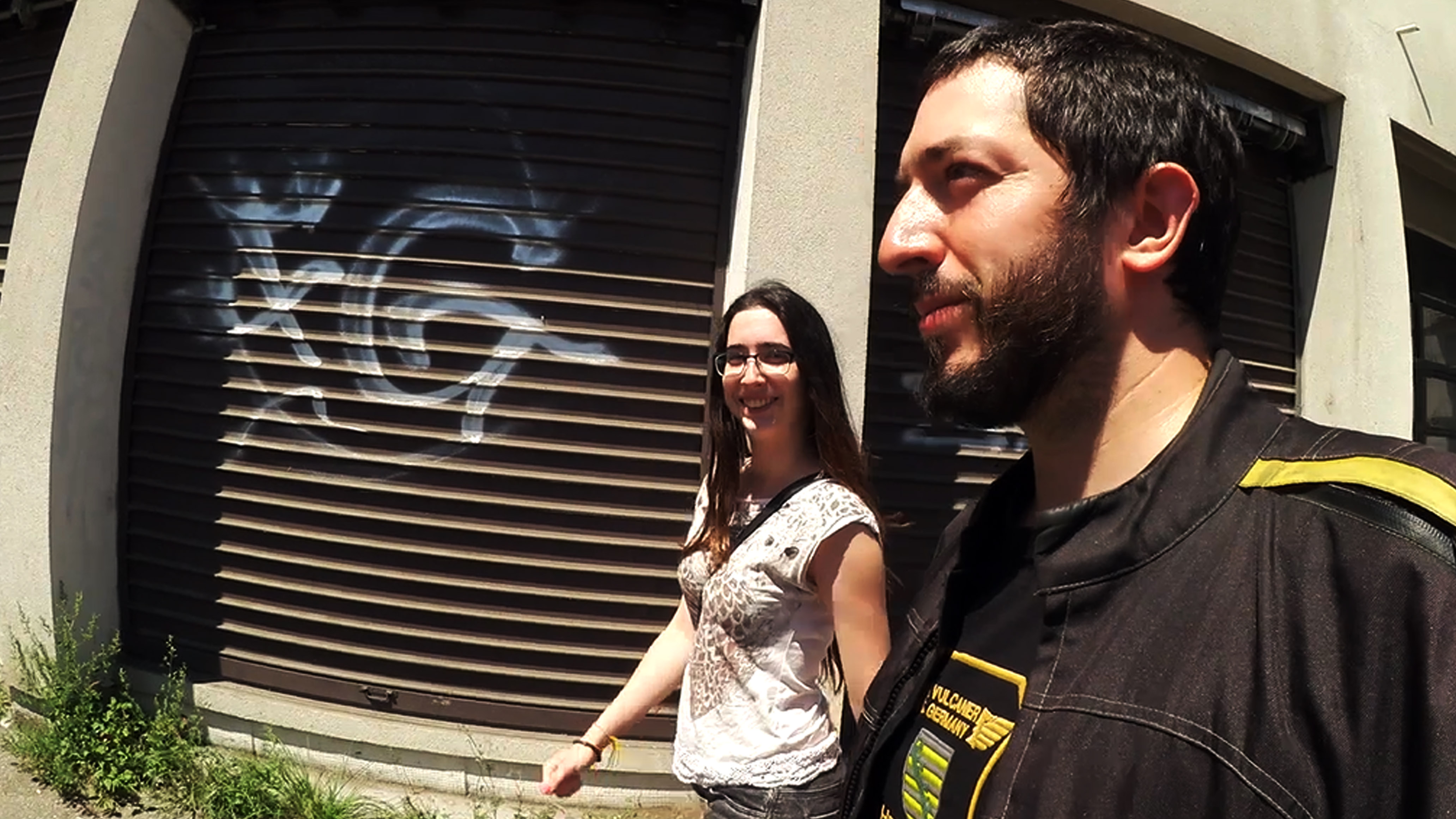 Party is over in Slovenia and our next destination will be Normandy. We are five days and a thousand and eight hundred kilometers away from the biggest Vulcan event In Europe: the International Vulcan Rally. Instead of going back to Austria and cross Germany again, I decided to travel through Italy and stop at Lyon to see my sister for two days. At least, the plan is to spend a little more time with her this round.

It was going to be a long journey and I didn’t know how far I was going to get so I started early in the morning and drove all the way down to the border with Italy. I did it on small roads so the vignette wasn’t required. The vignette, for those who don’t know, it’s a toll fare printed in a sticker. Although other countries also have this, like Switzerland, Slovenia gives you the opportunity to buy a short-term fare. In this case, it’s a seven days ticket. This means that with the sticker on you can drive as much as you want on the highway during its validated period.

Sad to say, we had to take the highway in Italy. I don’t deal well with heat and when I stopped at the first petrol station there was 34ºC already. I headed to the first entrance as quickly as possible and drove all the way to Vercelli. As soon as I set foot outside the highway, the temperature had gotten up to 43ºC. The first time felt already like hell on Earth for me. Happily, Gloria and Roby were waiting for me with some cold drinks and invited me to go to the beer party the village had at that moment. I guess the party was a little unattended as it was Sunday evening.

Back again on the road, I continued the rest of the trip off the highway which took me this time to Mont Cenis. It is a very large lake in the mountains, located in Vanoise National Park. It is such a wonderful place full of nature. Somewhere between Mont Cenis and Lyon, I found a village signal indicating “Argentine”. Something unexpected to find being so far from “home”.

I was going to spend two nights in Lyon now. This round I would have some more time to spend with my little sister rather than a small chat before going to bed. The first day we went for a walk around the city, mostly to the places I haven’t been in February when I visited her along with all the family for her graduation party. Our first stop was the basilica of Notre-Dame de Fourvière, which unfortunately was closed at that hour. That didn’t stop us to see the incredible views of Lyon from up there.

I stayed all next day’s morning time working until lunchtime. I then left the apartment to fetch my sister at work but forgot my pair of summer gloves. I just did a hundred meters and run into a traffic jam. There was a policeman on a motorcycle ahead of me. He turned around, got off the bike and came yelling towards me. With very bad manners, he threatened to fine me if I didn’t put a pair of gloves on because it was mandatory in France. I answered him in French that I didn’t know that and pulled off the saddlebags the winter pair I had. I didn’t reply much more, but how am I supposed to know gloves were mandatory now? There is no sign when you enter the country and, above all, they keep changing the laws regarding motorcycle equipment every year. Dude, relax. I remember my first trip to Elefantentreffen in 2013 when it was mandatory to have a breathalyzer on the bike. By the time I bought them, they were not required anymore.

Later that day, I spent the rest of the afternoon at the Park of the Golden Head with some of my sister’s friends. They were hanging out for a picnic and playing Ultimate, a non-contact team sport played with a frisbee. In this case, it was just for fun. What I found interesting in this park is that there are animals in freedom. Some of them are not in contact with humans but there are no fences between them and us. Some of the animals I saw around were deer, ostriches, and ducks.

Our last stop on the road this week is Les Sables-d’Olonne, near La Rochelle. I’m taking a rest there to see Catherine and Pierre, a couple Sandra and I met at the airport in Mexico early this year. It was quite a funny situation because they don’t speak Spanish and asked me about the cue we were on. Border control was taking too much and they didn’t get the form they needed so I left to get them one. We went separate ways after the checkpoint, but as they took too much time we lost our plane and got another one which was leaving four hours later. When we got passed the security check, in the restaurant area, we met again. We had lunch and spent the rest of the time together. Unfortunately, they were flying to a different place but we kept our contact information to meet again somewhere back in Europe.

And so we did celebrate the reunion with a taste of Tequila!