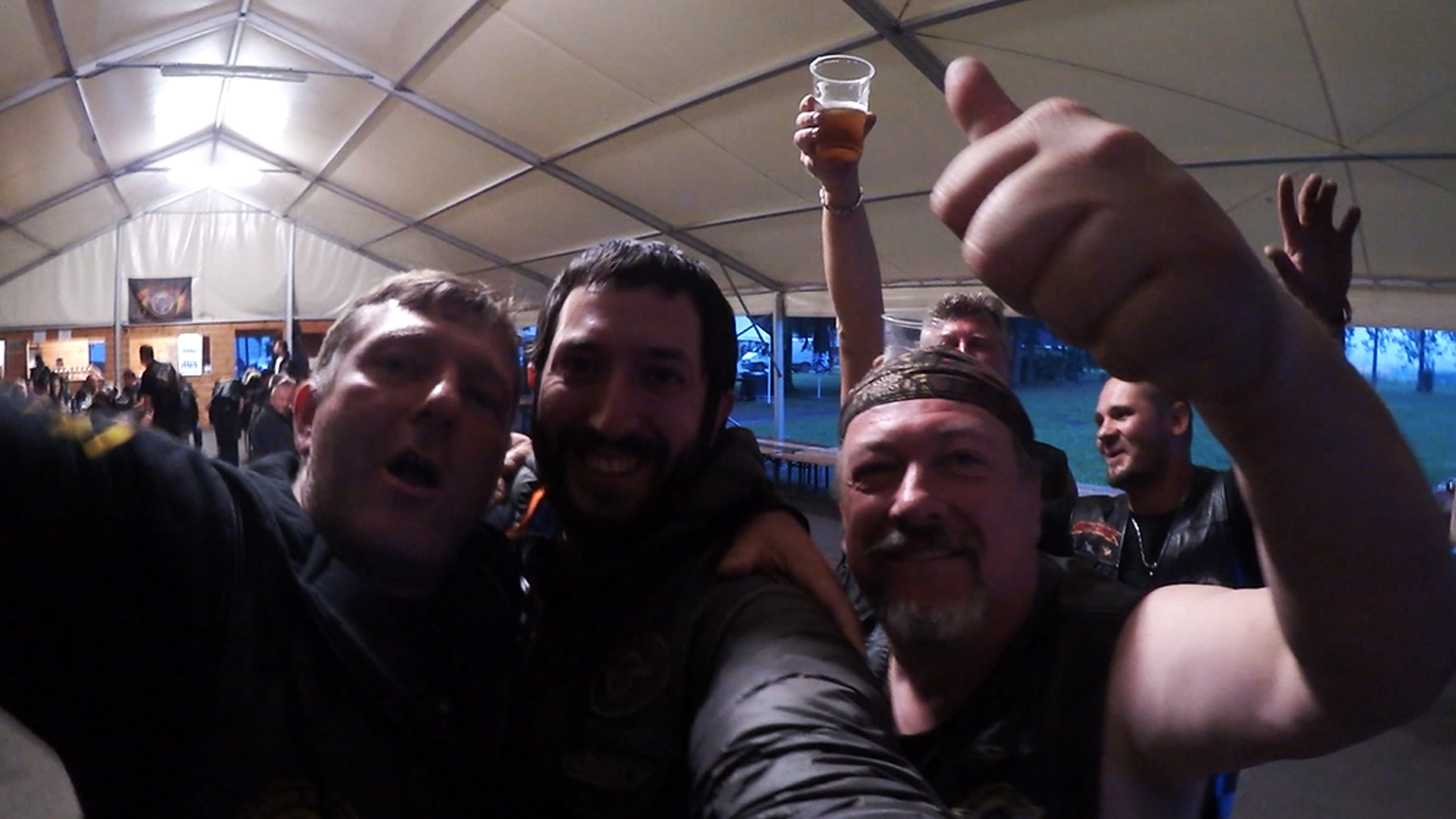 It was June 2014 when I attended the tenth Czech Republic Vulcan Rally. I met a lot of new people there from Belgium, Germany, the Czech Republic, and the Slovak Republic. Juro, the President of the Slovak Republic chapter, invited me to their anniversary party. It was obviously not possible at that time as I was returning home and their party would be held in July. Nevertheless, I promised them, and myself, to attend their fifth-anniversary rally. And so I did.

I woke up at Karin and Helmuth’s house and I found the Vulcan Riders Steiermark was outside, along with some other members of Vulcan Riders Austria which were sitting around the table. After having lunch together, we started our engines, put our biker clothes on and started to ride.

We were in Vienna, so the border crossing was not too far from our starting point. We drove on the highway the first part of it and moved to smaller roads once we were certain we had time enough to do that. We took the final highway exit around three o’clock in Žiar nad Hronom.  The restaurant we stopped at gave me the chance to have some of the typical dishes of the country.

Along the way,  we found a lot of roadworks. Red lights every couple of kilometers kept us slowing down in the middle of nowhere. We arrived at the party by five-thirty. I went to the reception desk and Marián put me in a bungalow together with the Austrian chapter. I spent the first night meeting the Polish members and some others of the Slovak and Czech Republic which were new to me. I got close with the Polish ones because I met their President two years ago, but I recently met Maciej at the International Rally this year. He came with his wife and other two members: Elżbieta and Mirosław. Lots of fun and drinking that night, which would make me stay out of sight on Friday. Luckily for me, it was raining the next day and I didn’t miss much of the party.

On Saturday morning we all went out for the ride out. We first started with a stop at a restaurant to have some more traditional dishes. I do not remember exactly what was the dish we were offered, I just know I chose the other option as I had that one-two days ago on the road. We then headed to a bar called “U Jacka” at Námestovo,. Although it has a boat on the roof, it is a biker-themed bar. The end of the ride came when we got to Horná Lehota, where there was a raft tour on the Orava river.

Our raft was overweighted, that’s not a secret. Somehow we managed to get the bigger guys on the same bounded wooden board. The river hardly had depth and the trunks were submerged more than half their height. We got stuck 4 different times while sailing. Two of them were so hard to release the raft again that we had the help of a tractor the first time, and later another guide pushing. Fortunately, we all made it to the end of the ride dry and in one piece. We were left at some point of the river to wait for a van to pick us up. When everyone was ready, it was time to go back to camping.

Guess what, the bike did not start. I had the GPS with me, so I told the organization to move on. Marián stayed with me to try to fix the problem. We spent about one hour there trying to start the bike with his, mounting and dismounting the seat. Nothing was fixing the problem. I called my insurance to have at least someone coming for her. Meanwhile, the cavalry came. Juro came with Emil and Boro to save the day. After pushing the bike down the street for half an hour, we opened the bike again. Two things happened at this point. The first one is that Boro found what the problem was: the starter fuse. It was completely black. We changed it and the bike was running again. The second thing is that we found there was already a stone on my drive belt.

I think I told you already about how I changed my drive belt last year in Switzerland and what a pain in the ass that was. Without doing off-road this time, I found a stone on a barely new drive belt. This could turn into a huge problem in the future if I don’t get a new one as a spare. This kind of replacement, any replacement in this bike actually, takes time to arrive. I will need to solve this before I even think about entering Russia in two months. The biggest issue is that I will not spend more than two days in the same place, and that will difficult the delivery process. Anyways, the bike was up and running and let’s just worry about this later. The party is waiting for us.

PD: I told the group I wanted to wait for the assistance vehicle to come, just for them to find someone when they arrived. Marián, who spoke with them by phone, told me no one was ever going to come. Why is that? Who knows.