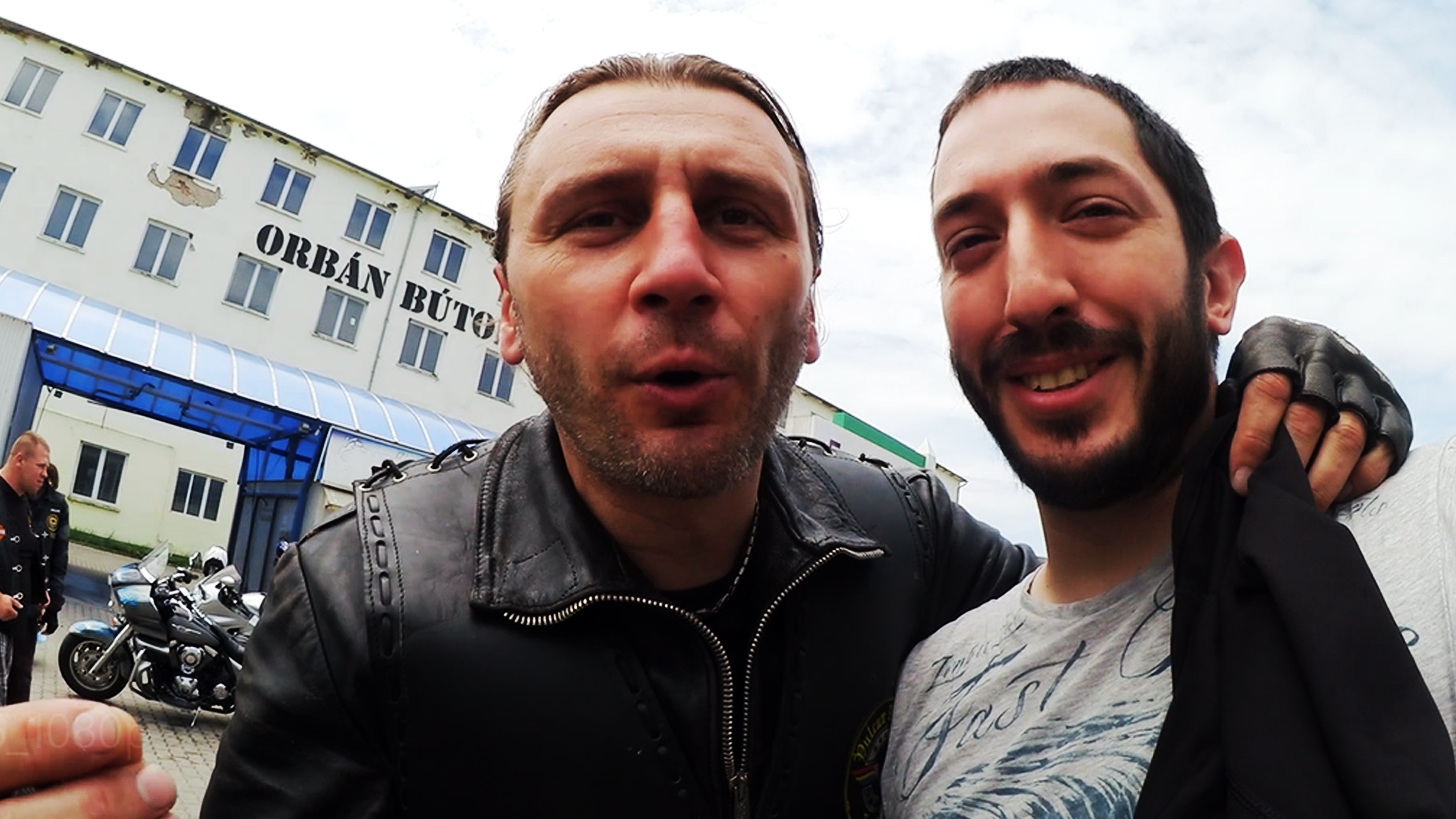 After visiting Auschwitz and relaxing a little in Katowice, we continue to Hungary to celebrate their annual meeting. I just have to enter the Slovak Republic again and drive up to the opposite borderline. I did arrive quite early to the meeting place and most of the attendees were locals. I pitched my tent and helped the club to prepare some small details that were remaining. A couple of hours later, dinner was ready and it was time anchor the elbows at the bar counter and have a good time with friends. Bea, Gazsi’s daughter, was the bartender and she put a bottle of Unicum in front of me. A very sweet liquor I had already tasted at Jutka and István house when I was in Budapest.

On Friday morning, I helped Dávid to set the sprinkler system on the big tent. It was getting hot and that was a really cool idea to have the attendees cooled down. We were waiting for more people to come, but the organizers took us to Sobri Jóska Élménypark where we spent the day. It is a large park for users to relax and hang around but has some adrenaline parks or sports places as well. One of the adrenaline parks we went to was the zip line. It took us a while to use it as we had to be taken to a hill nearby on a van. From there, the zip line takes you through some woods, enters the parking area, crosses the lake and ends in a tower on the other side. You spend more time on the zip line while preparing yourself than the time you spend on the free fall.

We were spending the day at the park so we moved to the entrance area to have lunch. Meanwhile, the Romanian cavalry set foot outside the park and joined us. Before continuing to the campsite, some of us went to the aqua park area. The obstacles were a little bit tricky but we managed to complete the circuit. Back to the party, dinner was already been prepared and the band was getting ready. Food was exquisite. The band, sublime. The company, perfect.

We woke up on Saturday under heavy rain clouds. The Romanians had their tents in an open place and had to move them under a shelter to avoid having them wet on Sunday. I had mine on a slope under a tree so I did not suffer the consequences that much. The rain did stay until midday and the ride out was jeopardized every second. The most popular activity at the moment was playing Jenga on a non-horizontal table. Even if that was fun, we could finally go out and we found ourselves on some kind of medieval campground with some playgrounds. The organization had prepared a small championship between the attendees who would like to participate. I was on the podium for both of the championships celebrated. On the race track, I was one of the three best timers, and on the bow competition, I received the honorable mention as I achieved two headshots in a row.

After having something for lunch, we moved to Veszprém. The daughter of one Hungarian member was getting married and we would accompany her through the city to the restaurant where the banquet would be held. With this done, we went back to the campsite for the closure party. I spent some time with Petra and Levi, which I haven’t seen for a couple of years now. I think the last time we saw each other was on Sweeden in 2015. Unfortunately, they had an accident recently and they were recovering from it. We drank together his homemade Pálinka, a traditional fruit brandy in Central Europe with origins from the Carpathian Basin. For some reason, it was not too strong for me.

Continuing with the spirit of the party, we had the musicians playing all night and a non-stop Jenga championship until four o’clock in the morning.