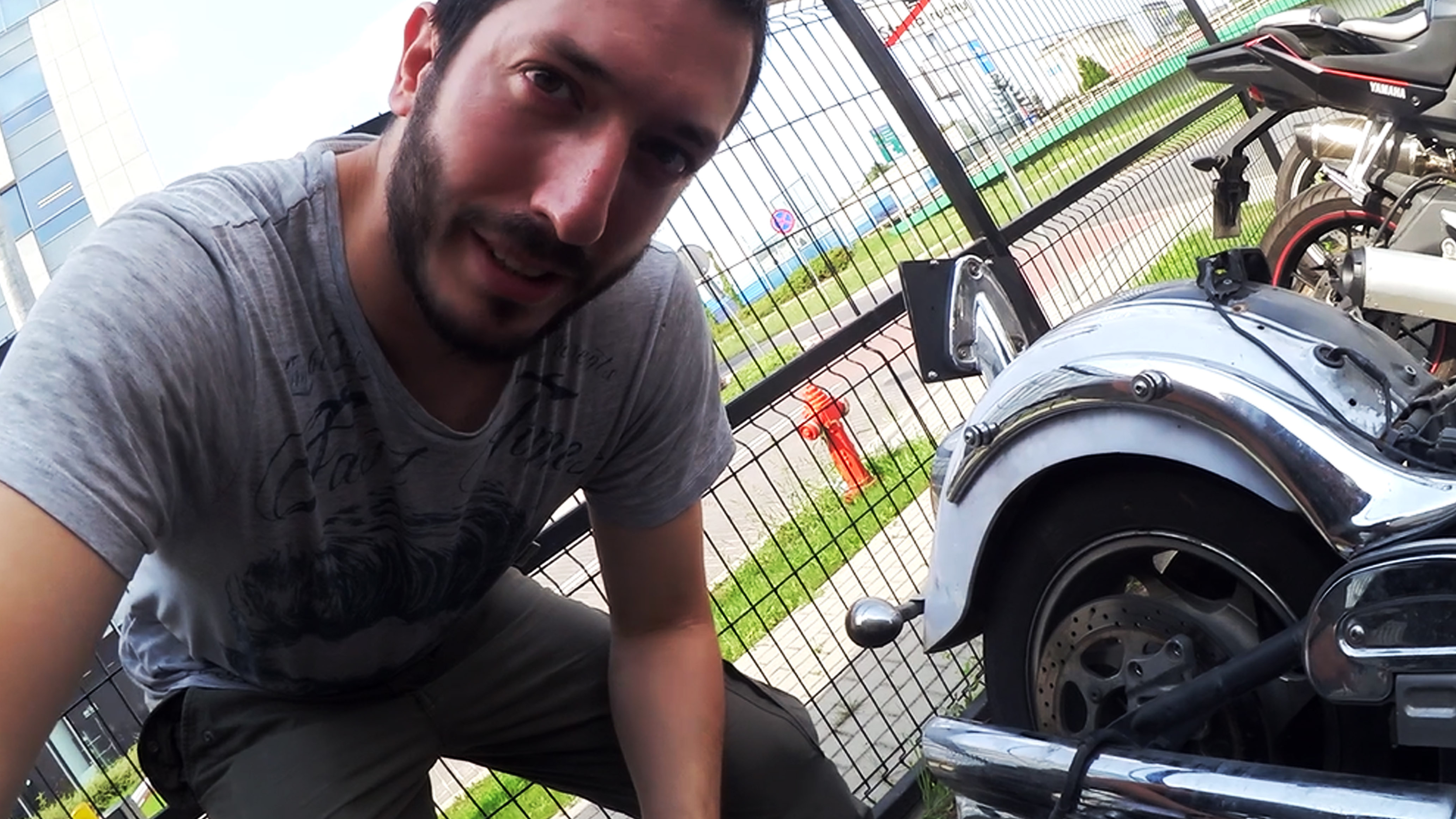 While I was in Hungary, my mother and my girlfriend finally found a way to push the Visa agency to give them my Passport. It’s been now three months since I left and the request was supposed to last no longer than a month. I tried not to think about the Passport too much. During these past weeks, I’ve been driving in almost all the West European countries where you are allowed without it. Unfortunately, if I don’t have the Passport with me, and the Visa, there is no way I could continue this trip anywhere after the border with Asia. One thing is clear, the Passport is on its way to Poland.

I left the Hungarian party point by midday. To get back to Poland, I had to cross the Slovak Republic again in the opposite sense. My friend José Antonio was coming back from Mongolia and he was already in Warsaw. I did my best to get there on time. I couldn’t. It was such a hot day that I kept falling asleep while driving. Sometimes I had to stop right after doing fifty kilometers. Once I entered Poland, I found myself in the middle of some huge road works. The Police were pushing people out of the road to take a larger detour. There was such a great amount of cars and it was so hot, that firefighters were serving water bottles to the drivers.

As I said, I couldn’t make it to Warsaw on time. If I’m not mistaken, I think I arrived around half past eight in the afternoon. José Antonio needed to wake up very early to continue his way back home. In addition, he was on the opposite side of the city and I needed about an hour to meet him. Until next time my friend!

The first thing I had on my schedule the next morning was taking the bike to Monster Bike, and official Kawasaki dealer. My friend Krzysiek suggested me this place and even made the appointment for me. The bike needed a checkup and I prefer to take it somewhere I can trust, if possible. I left the bike at the workshop and went for a walk around the city center. I step down at the Palace of Culture and Science and made my way up to Piłsudski Square, which is the site of the Tomb of the Unknown Soldiers, dedicated to those who have given their lives for Poland. It is one of many such national tombs of unknowns that were erected after World War I. It was here, later called Victory Square, where Pope John Paul II addressed a large gathering at an open-air Holy Mass during his first visit to Poland soon after his elevation to the papacy.

I was leaving the Square when I received an email from Monster Bike. There was a problem with my bike and they were requesting my presence there. They were not specific on what was the problem and I was more than an hour away from the garage. I just turned around and headed their way to find out the not so small problem the bike had. Somehow, with time, the rear axle bearings were loose and the rim needed to be changed. Oh, boy! The world has just crushed me.

Against all odds, the dealer had already located a second-hand rim for me but it would take at least forty-eight hours to arrive. It was Monday and the spare part should be here by Wednesday. I planned to stay in Warsaw until Thursday so it was not much of a problem. I left the workshop and went directly to the place I was staying in. It was very hot and I didn’t feel like continuing that day. I spent the next two days around the city, visiting the historical part, working, or just waiting for the garage to call. During these days I found a lot of garden sprinklers on the streets. I found this initiative quite attractive. Walking under the jet really refreshes your body.

This is one thing I was not expecting to happen in Warsaw, but more surprising was what happened back at the hostel. Because of another room been left empty, the owner decided to take all the food from the fridge and throw it as if it were garbage. I still can’t understand how someone can throw away food which is in good conditions and not even opened. I was getting late and the supermarket was closed already. I just had to live with it for one day. As there was not much to do around, I decided to go to the city center at night instead.

I was really nervous about not getting the motorcycle on time. My next destination was Olsztyn and I didn’t know if I was going to make it. My friend Krzysiek helped me throughout the process as not all of the dealer’s employees speak English. Luckily, they called me on Thursday morning to tell me the spare part had arrived. It took me quite a while to get to the workshop with all my equipment and luggage. It was an odyssey.

Finally, worries could be left behind in Warsaw. The first Polish anniversary was waiting for us!