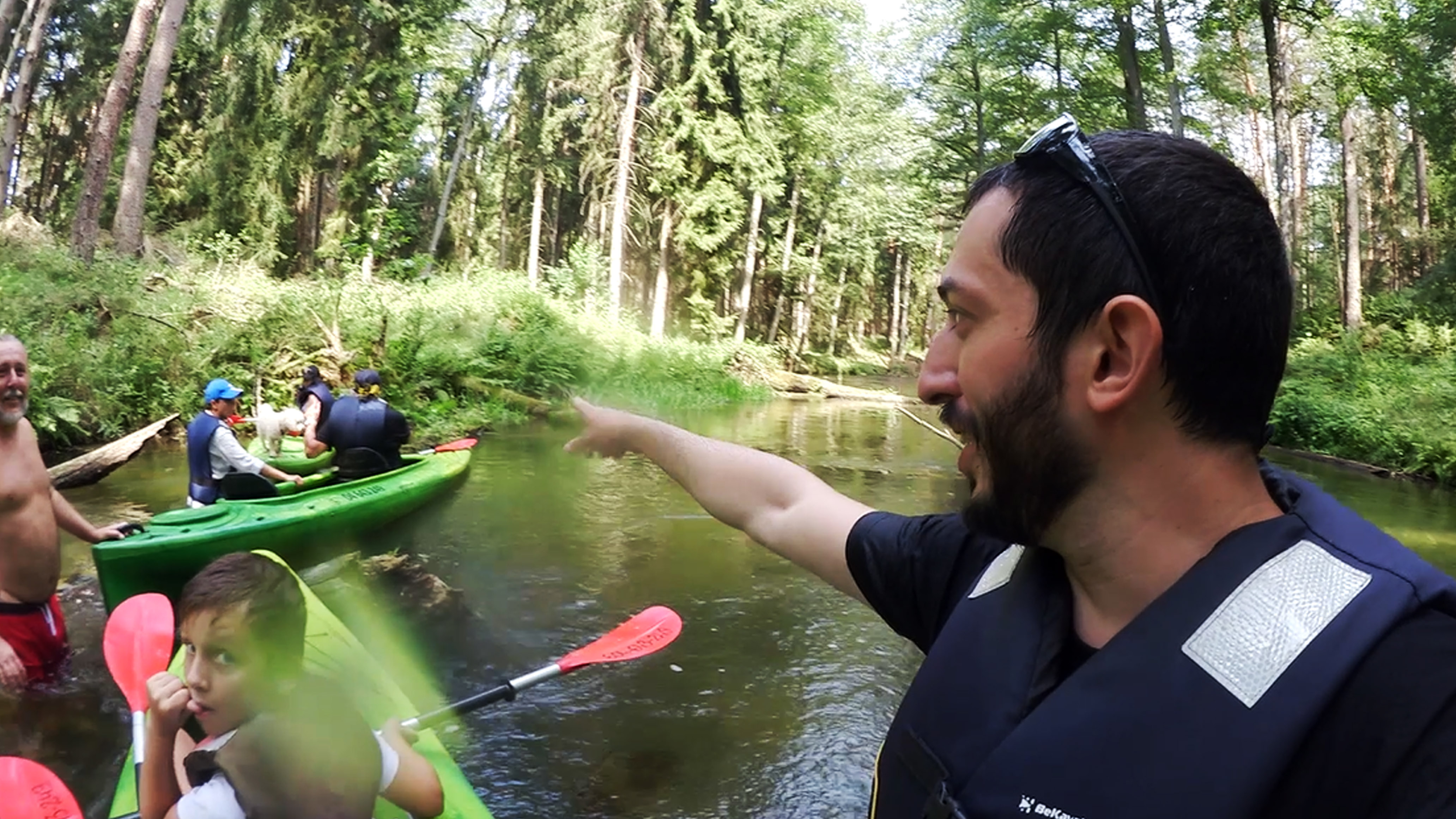 I think I left Warsaw around two o’clock. I didn’t want to leave the rear rim in Poland and I took it with me to the party place thinking of sending it to Spain the next day. It was quite a heavy trip having the rim hitting my helmet from the back for more than two hundred kilometers. Getting out of Warsaw was like driving through an obstacle race. It took me about an hour to sneak away from the traffic. The main road after that was impressively full of red light, forcing me to stop every couple of kilometers. By seven o’clock, I was already at the camping place.

Aga and Elżbieta were waiting for me outside and took me to the dining room. Everyone had had dinner already, but the kitchen was still open for those who were delayed a little. After leaving everything in the bungalow, I came back to the party. There were people from Germany, the Slovak Republic, the Czech Republic, Slovenia, Finland, Italy, and Poland, of course. We spent most of the night playing a tournament around the foosball table.

The morning after, Aga took me to the post office to send the rim back to Spain. When we arrived at the camping, the organizers took us to the foot of a river to do rafting. Something similar to what we did in the Slovak Republic party. In this case, the raft had two seats and we were supposed to follow the current of the river. I took one with Bozo and so did our adventure began. As silly as it may sound, in less than ten minutes there were people going backward. Another one wasn’t that lucky as he dumped the single-person raft and had to step out to take all the water away. Nevertheless, people were having fun with it.

Unfortunately for Bozo and me, we were hit by another raft later on and sent into the deep waters. Ok, not so deep really. The river deepness was around 80cm at most. My problem, as well as Bozo’s, was that we had the phone and the cameras with us. For security reasons, I had both on a plastic bag which helped me to take them out of the water quickly. Both, the phone and the camera, seemed to be ok after the accident. Bozo’s camera wasn’t lucky enough and stopped working. It was completely full of water inside. It took us a while to remove the water from the raft. It was full of water and we had to lift it completely before decanting the content. The last of the so-called accidents happened at the end of the line. Some miscalculation leaded one of the passengers to leave the raft before it was docked and forced the raft to dump.

Back at the camping, we received a bunch of new attendees. Most of them from Masovia, a region in mid-north-eastern Poland. Now that we were all together, we had dinner outside at the barbecue area. Everything was available on the table: steaks, sausages, salad, wine, etc. The weather was perfect, and so was the company, that we had no other choice than stay overnight at the party.

On Saturday we did a small ride up to Olsztynek city center. We visited the City Hall Museum, a glass factory, and the Ethnographic Park, where we spent the rest of the afternoon. Later on, we drove back to the camping to have a swim in our private lake. Fortunately, we did this before nightfall because we had a hell of a storm a couple of hours later.

At least, we had live music to perform some dancing and singing. Although it was not in a speakable language for me, I had a lot of fun.