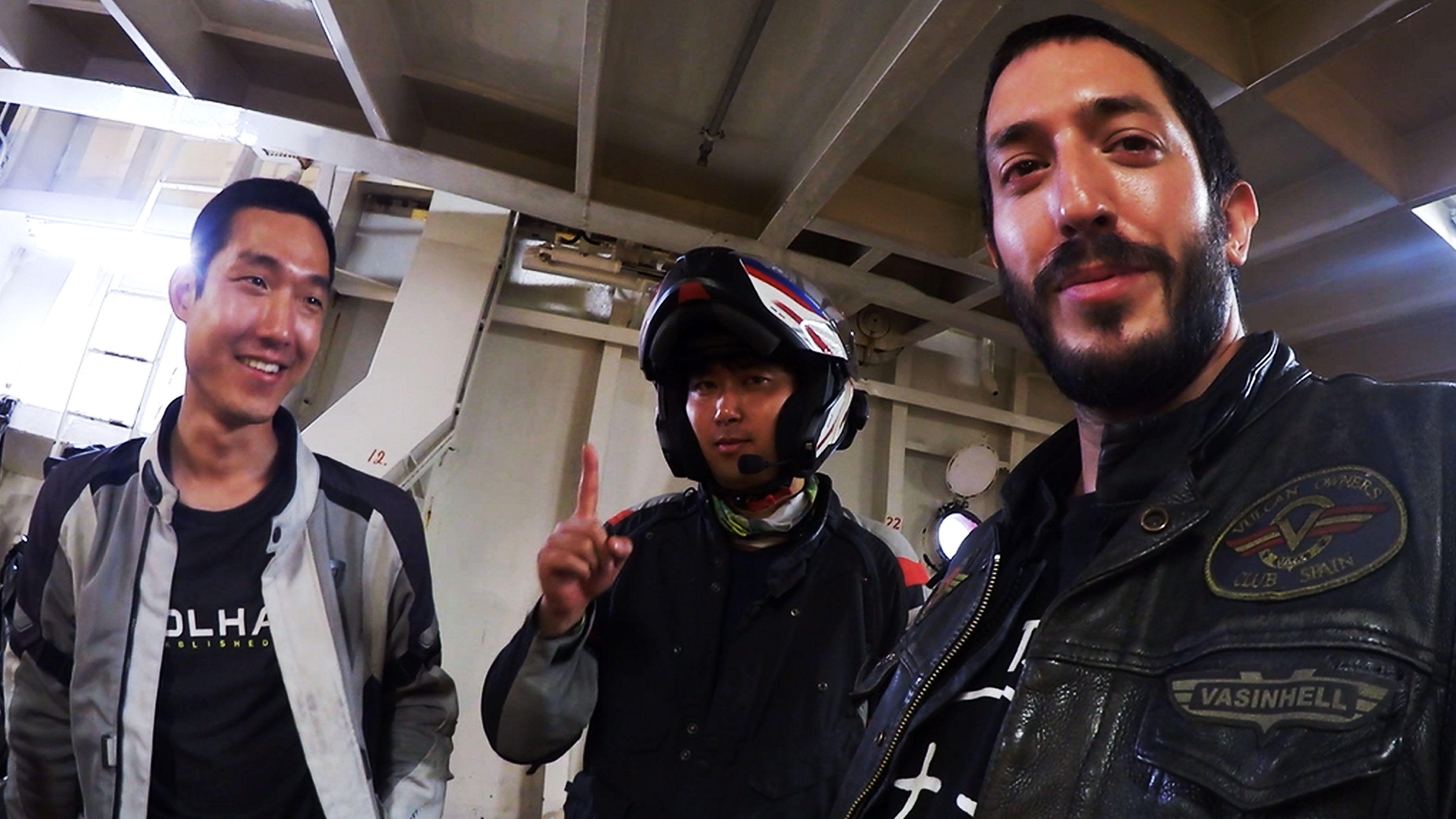 We are on our way to Finland now.  I woke up late that day at the camping “Camper Place Lithuania Pajiesmeniai” so I could rest my body a little more. It was sunny and the sky was almost cloud clear when I packed everything. As it was day time, I looked around the camping and realized it has so many mentions in the newspapers due to the ecological orchard they have. Just before leaving, the owner told me there was a small lake just five minutes away from the camping where I could have a swim. It was getting hot, and I was not in a hurry. Why not?

I took the bike and started the long way north. I crossed the border with Latvia just a couple of kilometers later. The road took us to Riga. We didn’t stop there but further on, where the road runs along the gulf. I was really tempted to stop in one of the parking places and spend the night in some of the camping places nearby. Those parking lots are located near the beach and they were quite full of people having a bath on the shore. It was Thursday and I couldn’t stop there as time was not on my side. Neither was the situation as I didn’t feel like leaving everything on the bike and jump into the water. I just stopped and admire the scenery.

We arrived at Tallinn around seven o’clock. I had booked a hostel near the city center but it was not possible to park anywhere. Every single parking place seemed to be private and it took me some time to find on the internet whether I should pay or not if I left the motorcycle in public parking, and where I could find one. Once the bike was parked, I was invited to “Levist Väljas Bar” (which means “Out of  Range”) for a drink.

I spent the rest of the evening working with the computer while hearing the adventures of other travelers. I met Merak, a Mexican guy leaving in Barcelona who was on a bicycle trip for over a year now; Ainhoa, an Argentinian girl traveling around Europe for half a year, which turned out to be living less than two hundred meters from where I used to live; and Esteban and Nicolás, two Uruguayan guys travelling around the Europe with a car. I was going to bed when Esteban and Nicolás appeared. We talked a little bit and then I decided to join them on their night sightseeing.

It was not until the next morning that I found out who the owner of an Asiatic plate-numbered sports bike was. Seokhyun left South Korea and met Chan Su on their way to Vladivostok. They did part of the trip together and then they took separate ways. After a couple of months, they found each other again and now they are continuing together to Nord Cap. I was going to sightsee the city in the morning but I changed my plans and stayed with them to talk about our journeys.

I had booked the ferry ticket for two o’clock the day before, and they took the same at the ticket office that morning. We had lunch and spent the rest of the trip together until we arrived in Helsinki.