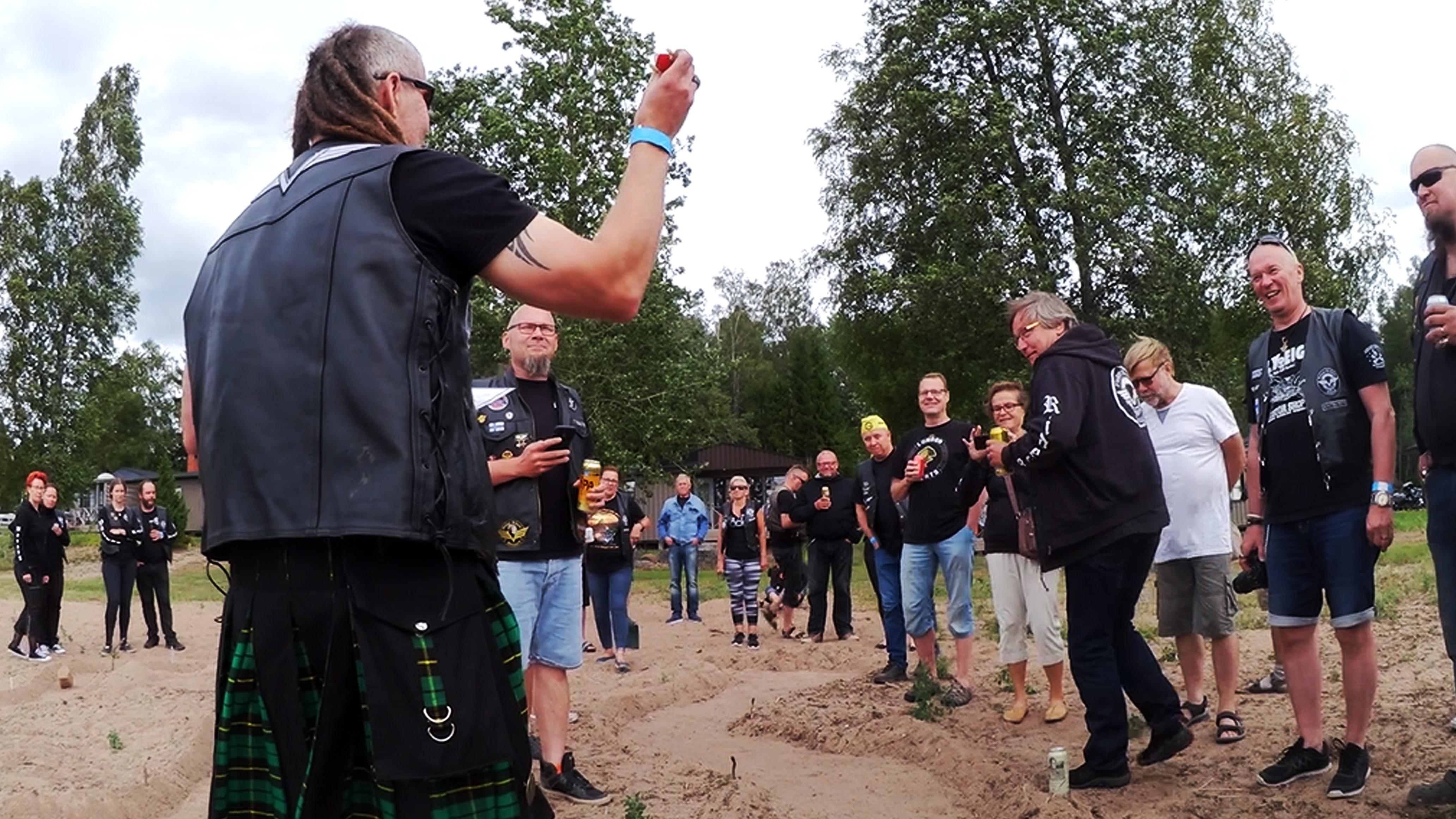 It’s time now to join the Finish Rally. Right after leaving the ferry, I say goodbye to Seokhyun and Chan Su and continue my way out of Helsinki. Once I’m out, nature makes its presence in no time. I am fully surrounded by green, composed of grass and a huge number of trees. I think I drove about three hours before I got the camping place. I didn’t arrive too late, and the Finish members were walking around or having a beer at the bar.

As I arrived, quickly my friends Mika and Tero appeared. After deliberating a couple of minutes, I have sent to a bungalow. It was the last one on the camping and full of finish members I have never met. In fact, I have been hanging out always with the same two guys and their wives, Ulla and Minna. I remember the first time I met the Finish group. It was 2015 and we were attending the Swedish International Rally. Another member from our club asked me for a Finish patch and my only solution was looking for a member to sell me one. The guy I found was Tero.

There was no dinner booked the first night at the camping. Instead, we had a nice barbecue on the Pyhäjärvi lakeshore. I don’t know who brought it, but the spicy sauce was incredible. After dining under the stars, we all moved to the restaurant area for some Karaoke. Although my sister learned Finish, I don’t speak a single word. Mika helped me to understand a little bit the pronunciation of some of the letters and vocals, and I managed to read half of the lyrics on the screen. Obviously, I didn’t understand a word of it.

The morning after, we left for a ride. We went around the Pyhäjärvi lake and stopped at Varkaudenmäki. There was a fair of old furniture and objects going on. I didn’t enter the fair as you had to pay a fee. I was not going to buy anything anyways. We had lunch and moved to another part of the village to see a small exposition of art.

Once we were back at the camping, I seize the time doing some laundry while the guys were preparing the “Neppis” race track. It is a traditional game the Finish club plays during their meetings. The game consists of a race track made by emptying the ground, having the aspect of a canyon corridor. The “pilots” must hit the cars with their forefinger by waving their fists close. The basic rules are that you can’t push it forward, nor accompany the movement. If the car gets out of the track, you lose your turn and the car goes back to the initial position in that round. They did a classification race, but I couldn’t classify due to my lack of experience in the game.

Before continuing to experience the Finish sauna, Tero made a small preview of what their journey to the International Vulcan Rally in France 2018 was and showed us some videos he made. The Finish sauna usually consists of being naked in the room, which is not obligatory, and the next step is having a swim on the lake. The water was quite cold, but as Tero would say: “That’s hot Finish water!”.

As strange as it may seem, I am the first foreigner to attend their National Rally. What an honor!