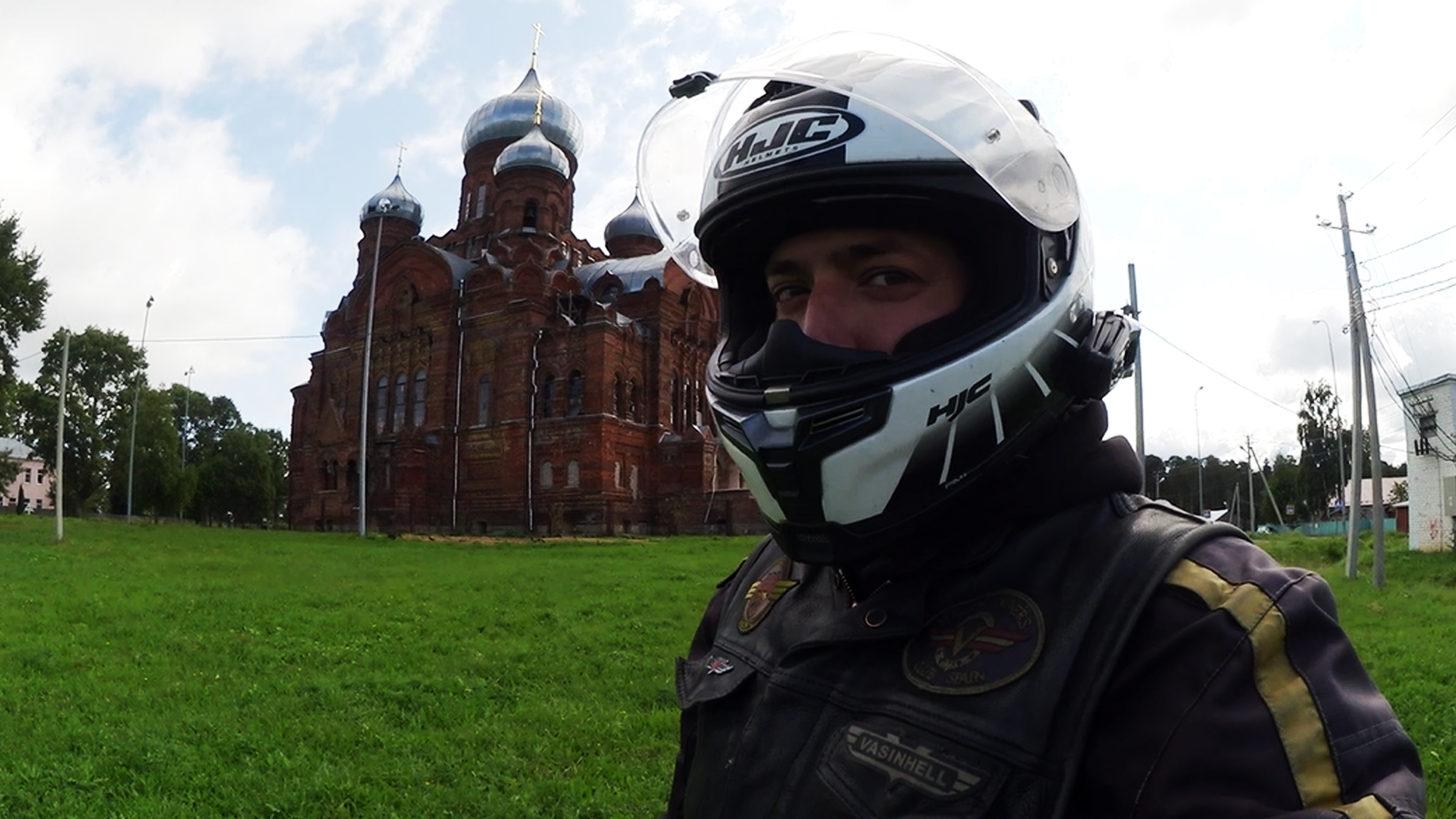 While spending my last night with Ainhoa, Maria and a friend of hers, I saw on Instagram that my friend Miren was still in Russia. When I was a couple of days from entering Russia, she had already left Moscow to continue her holidays somewhere else. It’s been three or four years since the last time we saw each other and I couldn’t believe I could meet her again in Saint Petersburg. You can name this fate, destiny or whatever. She was arriving in Moscow early in the morning on the same day I was leaving. I met Miren back in 2008 when I was given the scholarship to work in Ireland for two months. Miren was one of the others who was sent to Dublin.

I started the day preparing my stuff to avoid further delays and went to the train station. Miren and Gorane, her friend, were traveling from Moscow to Saint Petersburg to spent their last days of holidays. Surprisingly, the train station was the one closest to where my hostel was. Meaningless to say,  after these days with Ainhoa I felt like it was possible to walk all around the city without depending too much on public transport. We left their things at their hostel and went for a coffee before I continued to Yaroslavl.

I didn’t want to leave too late because I had eight hundred fifty kilometers ahead of me and it was already midday. At this point, I haven’t realized that I was no longer in Europe and time and space were about to bend into a very strange mixture of circumstances. I was not driving slow, but I was not in a rush like some other cars I found on the way. The problem is the highway doesn’t exist. The road consists of two official lanes, one for each sense, and a third imaginary lane people make by driving with their vehicles halfway in the hard shoulder. This third lane will be used indistinctly for both senses to overtake. You are forced to be fully aware of what is happening around you.

After five hours of driving, the temperature started to low and the rain made its appearance. At some point, I had to stop and put on my rain suit and some more warm clothes. I was far from any medium-sized village and I  didn’t want this to stop me so I continued. Unfortunately for me, another thing did. It was not raining too much, and for sure it was not night time, but I tried to overtake a truck and suddenly found myself doing aquaplaning. I could tell you that I have great control of the bike due to countless times this happened, but I still think I could have died that day. At least, I could have ended highly damaged. I did aquaplane for twenty or thirty meters and luckily the motorcycle stood still while I was side by side with the tuck. I left the bike on the opposite hard shoulder and relaxed for a couple of minutes. I thought to myself: “no more overtaking for today”. A couple of kilometers ahead, The road got worst.

The night was falling and I was driving under the rain going in and out of the road as it was being reconstructed. I could hardly see whatever was in front of me. After an hour, I looked for a hotel and got there safely. The day was not over yet. The receptionist didn’t want to accept my credit card and I didn’t have any cash yet (I just forgot). I even tried to transfer the money and it was not possible either. Luckily for me, I could contact Sergey and he solved the problem for me. A couple of days later I remembered my girlfriend had some similar problem transferring money to Serbia and that is because our banks declared a list of high-risk countries which need signatures and approvals to fulfill any action to them. The first this I did in the room was turning on all the heaters and dry as much as possible all my clothes. I was dead soaked.

I left the hotel the next day with a clear-blue half-cloudy sky. I experienced some empty gas stations and some incursions on the sides of the road. Many of the roads that lead to the closest villages are dirt roads which can be easily flooded and in very bad conditions. By midday, I was already set in Yaroslavl. Founded in the year 1010, it is one of the Golden Ring cities, a group of historic cities northeast of Moscow that played an important role in Russian history. It is the Golden Ring’s largest city.

The first thing I did was meeting Alexey, a member from Vulcans MCC Russia who I got in contact with. We didn’t meet in Europe before as our destination didn’t match. I was invited to come and see him, so there I was. We had lunch together and he told me where to go and what to see while he was at work. I still didn’t have any cash with me so some of the tourist attractions were not available for me. One of them was the Orthodox Russian church Khram Il’i Proroka, marked as World Heritage. Instead, I visited Uspenskiy Kafedral’nyy Sobor an among others. There were quite some churches around.

Another thing I had to take care of was getting a phone line. I was going to spend far too much time in Russia and I couldn’t afford to be not locatable or unable to call anyone. I got a very good deal for my small necessities and I was set. Later on, I met Alexey again and we went for a ride around the city. We first went to the Ferris wheel to have an overview of Yaroslavl, and then he took me to the other side of the Volga river where there is a small submarine monument and where the sunset can be admired. Finally, all the riding ends at his house, where we had a long conversation about motorcycles in Russia, travels, and club stuff.

Alexey invited me to their anniversary party in two weeks in Saint Petersburg as well, but it was now too late to go back and forth in Russia. Winter is coming and it will not make an exception with me.