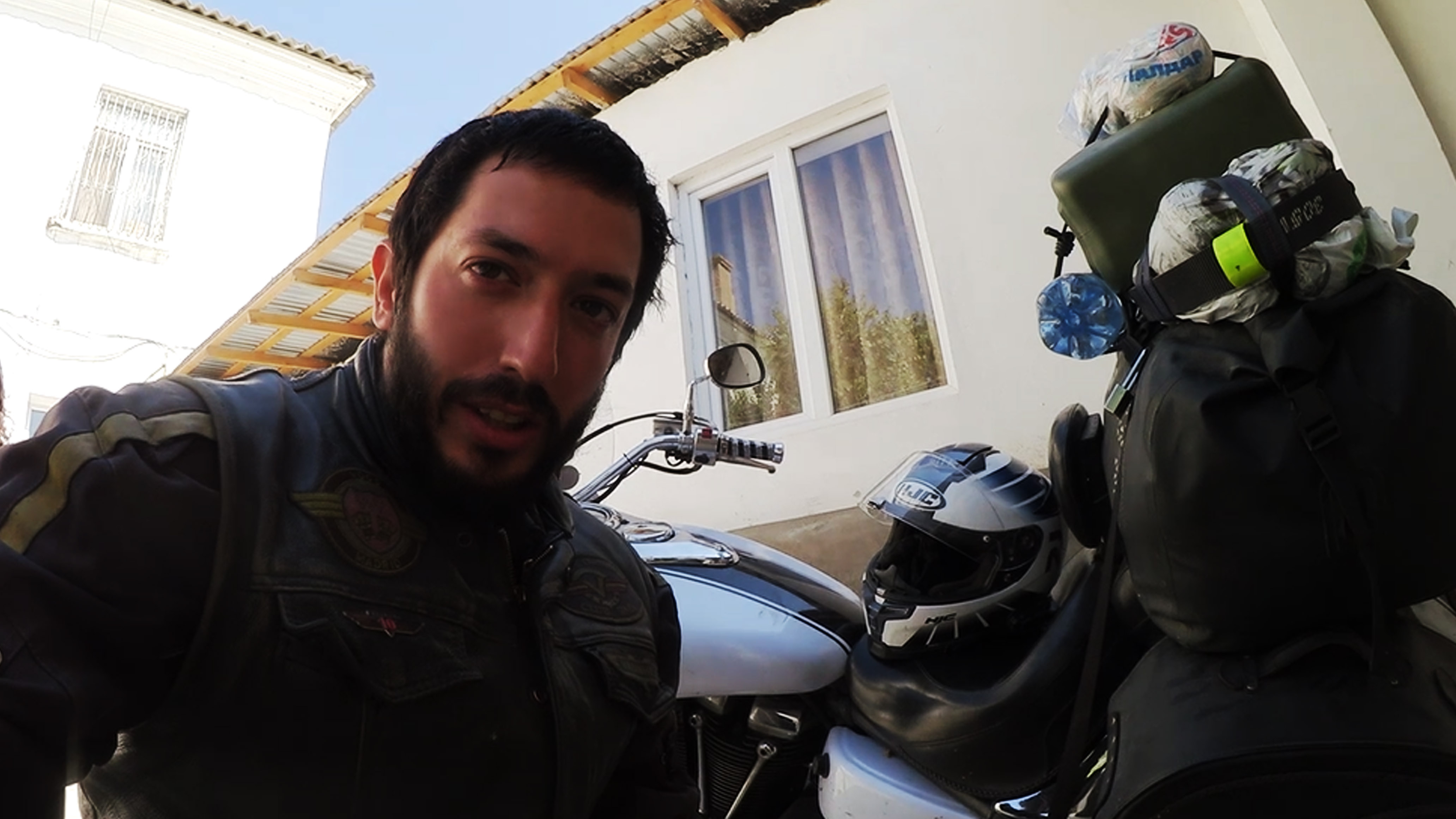 Our entrance in Tajikistan wasn’t easy. The first part of the border control went fine. Just like the rest. I filled the form, open my luggage, and waited patiently. What I was not expecting is to arrive at the next control gate and being stopped by a Kyrgyz agent after having the passport stamped to continue forward in Tajikistan. The guy was asking for a paper. A paper I didn’t seem to have as I gave all my documents to him and he was not capable to find it or tell me what he was looking for. At first, he said something about import documentation. I was aware that I was given some small papers on the borders to justify the entrance of the vehicle. But only in Kyrgyzstan this paper was given and retrieved before I entered the country.

The guy took me into an office where there was another person who I think was in charge of this checkpoint. Even if I used the translator, they didn’t seem to clarify what they were looking for. I was getting very frustrated and anxious thinking about being deported or even being arrested for trying to “sneak into the country”. Who knows what is going on those minds? At some point, they opened the Russian import from and started to point at it. It looks like they finally found what they were looking for. Not happy with that, they asked for a hundred SOM. “Eco-taxes” they called it. I just paid and run out of there., no bill involved of course.

Once again at the Tajik control area, I had to pay again for this so-called import taxes. They took some time to get everything in order but what surprised me the most was they were asking me to pay in dollars. Is there any country nearby which uses dollars? Have I changed continent without noticing? While I was waiting, I contacted other travelers to ask about Kyrgyz taxes. Some of them were not sure if they were asked to pay when leaving the country, or they just didn’t remember the exact amount. I was allowed to pay in SOM after arguing a little. We are not there yet, and we had paid already 50$ for the visa, 20$ to access GBAO, and 10$ for the taxes. Anyhow, after an hour and a half I was finally driving in Tajikistan.

I reached Kodjent at a decent hour, regardless of the time zone change. I had booked a bed at a hostel near the city center which was relatively well-rated. The Hostel didn’t have wi-fi as announced, which would start to become very common in the days to come. I was sharing a room with another guy who was traveling from Holland mostly on foot. He told me a crazy story about him being on a taxi to Kodjent and having a flat tire twice. I did work a little that day and went to sleep after waiting too much for the owners to fix the internet problem, which looked like they needed to pay for it first.

I asked to have breakfast early so I could go to town and get some local currency and a sim card. The owner advised me already it was not possible for me to get a sim card on my own as I was a foreigner and offered to come with me the next day. I woke up, prepared my self and sit patiently waiting for breakfast. Minutes were passing by and there was no movement at all. It was not after almost a complete hour that I realized the time zone was different and I woke up an hour earlier.

The owner needed some time to prepare my roommate’s breakfast so I went to the bank and got some cash. It is very difficult to find gas stations which would accept credit card and I didn’t want to risk it. As I was out of the hostel I tried to get the sim myself but as soon as I pulled out my passport my request was denied. On the way back, I entered the market. The last time I was in a similar market place was in Mexico last year. Lots of people, merchants yelling at you to offer you some discounts on a product you don’t need.

On the way to Dushanbe, I found several toll posts on the road but the officers always waved at me to pull me out of the traffic area and avoid the toll. I guess bikers don’t pay, but I’m not sure. There was a lot of road works as well, and I rather prefer to drive on dirt than on skinned asphalt. The weather was not kind to us either. It was very hot in some areas and incredibly windy in others. The road was long and curvy and every time I run inside a tunnel I felt suffocated by the amount of gas which was held inside. Most of them had a high point in the middle of it. Needless to say, tunnels don’t’ have any kind of ventilation system in it.

As is many other countries, I found drivers who don’t give a damn about the life of others, overtaking you in any imaginable way. Even if a lot of them were close to hitting me, I managed to arrive in town in one piece before nightfall. It took me a lot more than expected and my conclusion is to always check with two different navigation systems. In this case, I used maps.me and I drove twice the estimated time.

After having a shower, Parvina came to fetch me and took me to a restaurant where some members of Irbis MCC and other attendees of the upcoming motorcycle festival were having dinner. It was my first contact with local bikers, surrounded by others from Kazakhstan and Uzbekistan. A warm welcome organized by Фируз, the contact I was given in Shymkent.