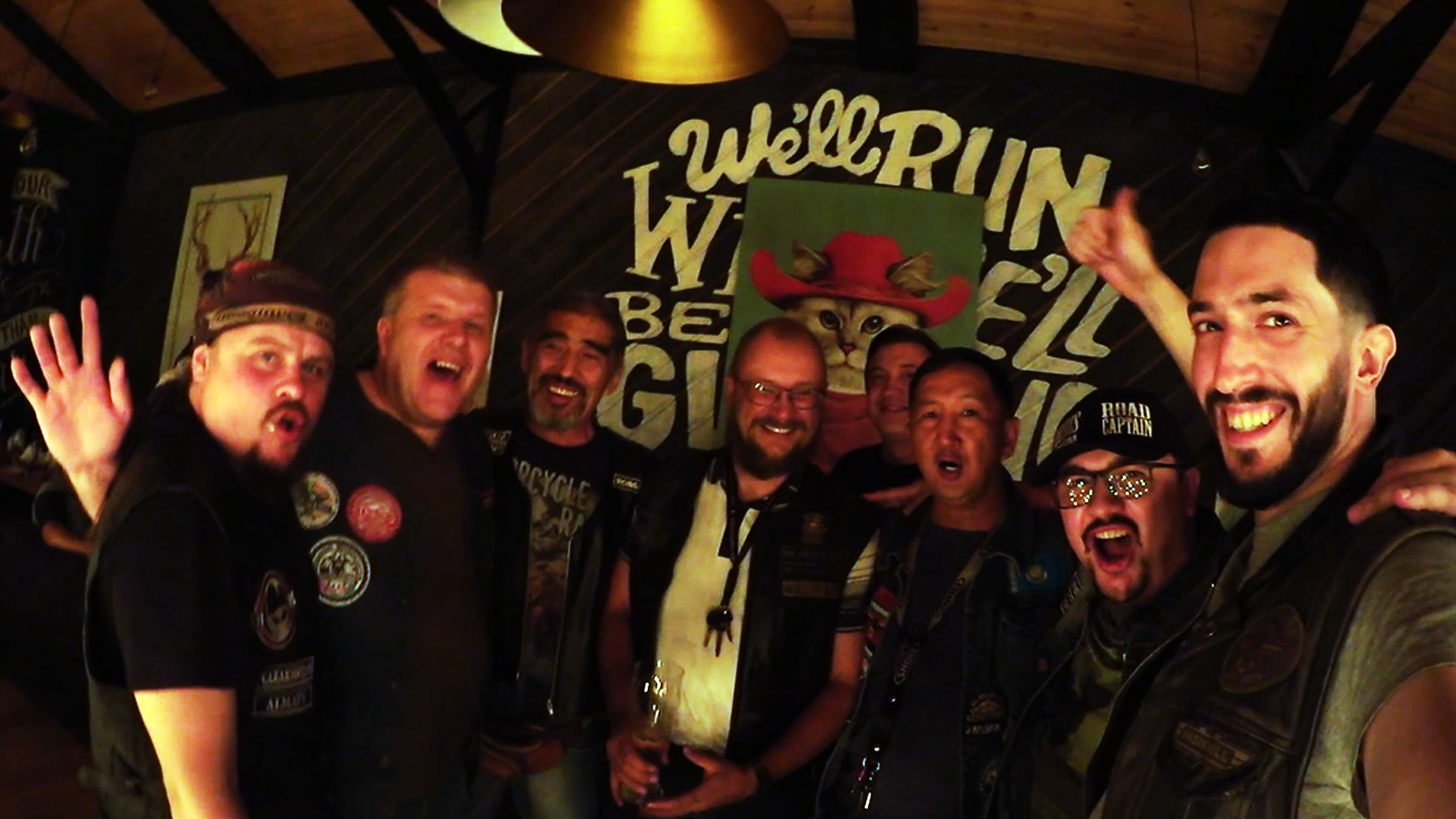 After our first contact with Irbis MCC, I had one day to rest before the party continues out of the city. I had breakfast in the hostel and headed to the city center where Фируз was waiting for me. I met him the day before at a barbershop which I realized later it was his own. He offered to have my hair cut there and so I did after getting some more cash from the exchange office. Fueling up the bike the day before left me almost without cash as I haven’t found any gas station where credit cards were accepted. It was my first time in a barbershop and I wasn’t sure what results to expect. Сироч took care of me and did the best he could following my poor indications. The result was great. (If you read this, I’m sorry, dude!)

While being at the barbershop, another member of Irbis MCC came: Morgan. He has a peculiar way to salute people by butting people. Something about brain stimulation or blood flow enhancement he said. A third member, Amin, took me to Dushanbe’s biker post where I got the change to clean  “the beast” a little bit in the building next to it. I’m getting used to this car wash places where there is even someone available to clean up motorcycles. With the bike polished, I moved to the biker post with other attendees while waiting for dinner.

The night was falling and I was checking my phone repetitively to see if Evgenya was in town. I got a message that she was nearby and that someone else was waiting for her at the restaurant already. I headed there and found Артём, a guy from Ekaterinburg who was coming back from the Pamir Highway. We presented ourselves and waited a couple of minutes for Evgenya to come. During these past days, I was not sure if she would arrive on time. She was hit by a car in Uzbekistan. It was not a big accident but she had to stay in town for a couple of days before the police let her continue. Once most of the early attendees arrived, we entered the restaurant. I had a really great night among bikers from Tajikistan, Kyrgyzstan, Kazakhstan, Uzbekistan, and Russia. Before the night ended, Parvina took Булат, Zohan, and me to Dushanbe’s lighted sign in order to have some pictures before they shut it down.

Back at the hostel the next morning, Артём helped me fix my phone support which was broken due to the irregular roads I have been driven lately. The fix was quite good but unfortunately, it did not last long and broke again a couple of days later in Pamir. Фируз told us the day before the festival would be postponed because the country’s president was coming back to the capital and the road we needed to use was blocked due to security reasons. Instead, we were offered to go out for a ride to Gissar. There was a wedding going on when we arrived in town and it was great to see some traditional dances. Everyone was full of joy, dancing and playing instruments along the promenade. We then went to the fortress where we got a guided tour. Inside the small shops that where there, I had the chance to try on some traditional costumes.

I spent the afternoon with Evgenya and Артём around the city. We had some “самса” for lunch at a market not too far from the city center. We were visiting some markets while looking for a present we would give to Форис later on, and for some clothing Артём needed.

The evening was even more interesting. Due to the delay on the festival’s schedule, we were invited to Форис house to celebrate the first forty days of his newborn son. A party related to tradition, where the newborn is presented after forty days on Earth meaning it will stay with us. During that period of time, only family has contact with it and the mother has the chance to grow a solid bond to her baby. I wish you all the best little “Даниор”. I’m sure you had just had the best forty days party your dad would have wished for.