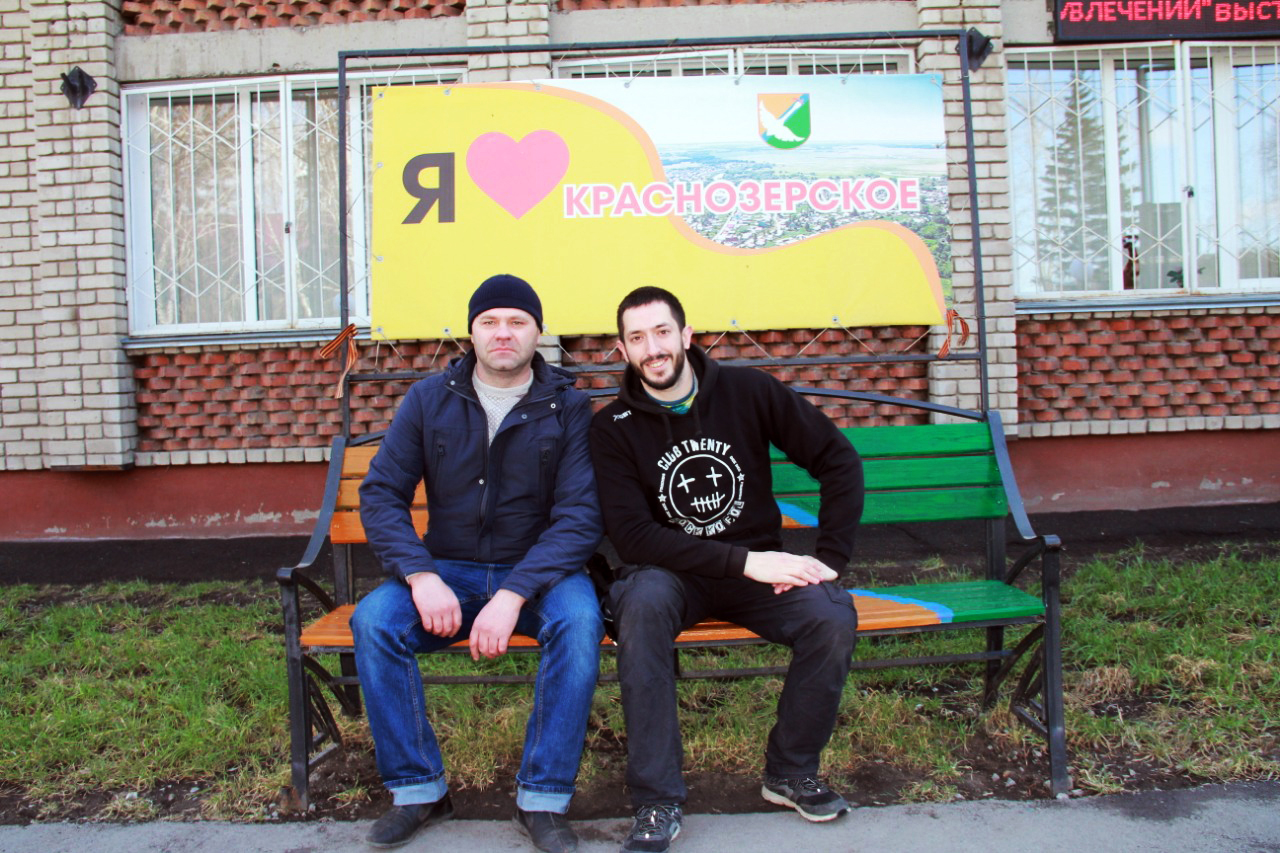 Foreign travelers often visit Krasnozerskoye, and our readers know that from us. So, in the autumn of last year, we told you that because of a breakdown, a Spanish motorcyclist had to stop. Local bikers helped him, and while the motorcycle was being repaired he lived in the family of the beautiful Sergey Menyalovl. Julio liked the warm reception and the Russian bath, that he promised to come again and kept his word.

This time, he stayed a little longer. One of those days, Sergey gave him a tour around Krasnozersk. Connected by the conversation, he tried to explain and encourage residents of a developed European country to start on such a difficult and perilous journey around the world.

Julio said that he lives in Madrid, the capital of Spain, working as an industrial designer. His passion for exploring the world is much stronger than the craving for a quiet rhythm of life. Last year, he left his motorcycle requiring thorough repairs in Novosibirsk. And now he came back to continue the journey, and at the same time visit new biker friends, thus expressing his gratitude to them.

Julio traveled to many countries, was in places where the navigator does not work or there is no connection, and you have to rest in camping conditions. In his travels he had a lot of contact with people and he is no less interested in seeing the cultural achievements of various nations. This time in Russia, he saw how we celebrate Easter. He visited a mass in one of Novosibirsk churches, painted Easter eggs, and in Krasnoyarsk participated in the ritual game of breaking Easter eggs and even praised that he had the champion egg (which we call the chock).

The tourist route of the Spanish guest in Russia will continue. He moves to Vladivostok, then his plans include visiting Korea, Japan and the Philippines. And his new acquaintances will be waiting for video reports on the journey on his channel in YouTube.

Dedication to the North from the Spaniard