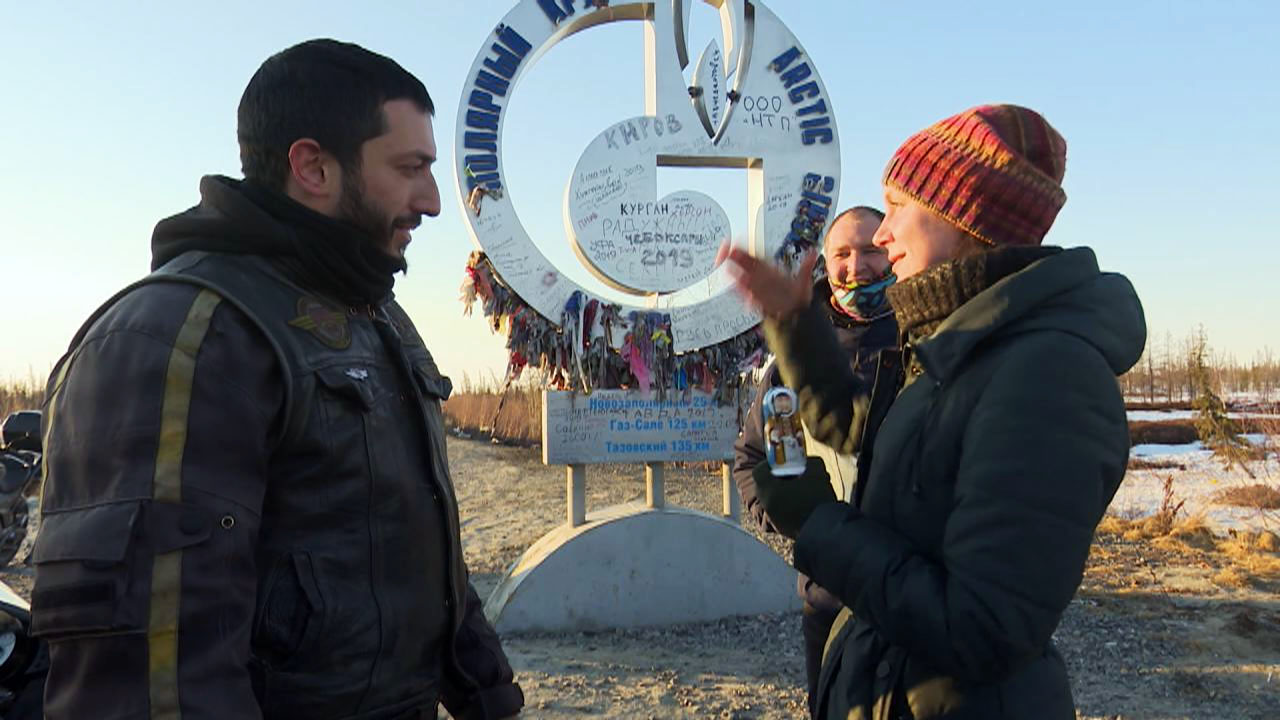 Dedication to the North from the Spaniard

Foreigners in the northern lands are rare guests. More often, they fly to Yamal to oil and gas fields to negotiate or conclude contracts for the supply of natural raw materials. Although the hero of the next story works as a pipeline designer, his goal of coming to the Far North is not at all related to work.

An acquaintance of the Spanish biker Julio Lescano with the Far North began with a drive along the pontoon-bridge crossing. The floating barges of the foreign guest did not surprise, he had already met such constructions across the rivers during his travels in Russia. In addition, in his Japanese chopper Kawasaki “Vulcan”, Julio traveled all over Europe and visited the countries of Central Asia. It was there that he learned about the Arctic Circle.

– While being in Spain, I looked at the map and thought about where to go in May, once I returned to Russia. I have some friends in Yekaterinburg and Novosibirsk. Last year, friends appeared in Kazakhstan. They told me about the stele, which must be visited by real travelers. I did my best to come here.

Of course, such a meeting aroused great interest among Urengoy motorcyclists. Communicated in English, with all different kinds of knowledge, but the understanding was successful. The Spaniard himself speaks a little Russian. Ninety kilometers on the road, accompanied by village motorcycle brothers, and here it is – the point of the Arctic Circle. Julio always takes a camera with him to travel, so he can talk about traveling online. And now he has just made an entry for his video blog.

To come to the Polar stele, then pass his dedication to the North. And so that the foreign guest remembers this trip for a long time, the Urengoi bikers prepared an entertainment program for him according to Russian and Yamal traditions: a nesting doll in memory of Russia, meatballs from venison and a planed sweater. Julio tried raw fish for the first time in my life.

A sweater with deer will also remind the guest about his trip to Yamal. He did not expect such a warm reception, and the president of the NurBike Club noted that Julio is not the first foreign motorcyclist to visit the North.

– Last year, they made the “Motopolyarnik” on the Yamburg Stele, there were people from England and Poland. A Pole also came to our Stele. The Frenchman was 3 years ago. So we have a good one too.

The Arctic Circle is not the last Yamal location of the Spanish traveler. After Urengoy, the 32-year-old biker will go to Nadym – he wants to see the remains of the famous Stalinist railway construction with his own eyes and get to Salekhard.

– Then I will return to Novosibirsk. From where I will go to Mongolia in June. In July I will try to get to Magadan, Vladivostok, as well as to the South Kuriles and Japan. If it works out and I have enough money.