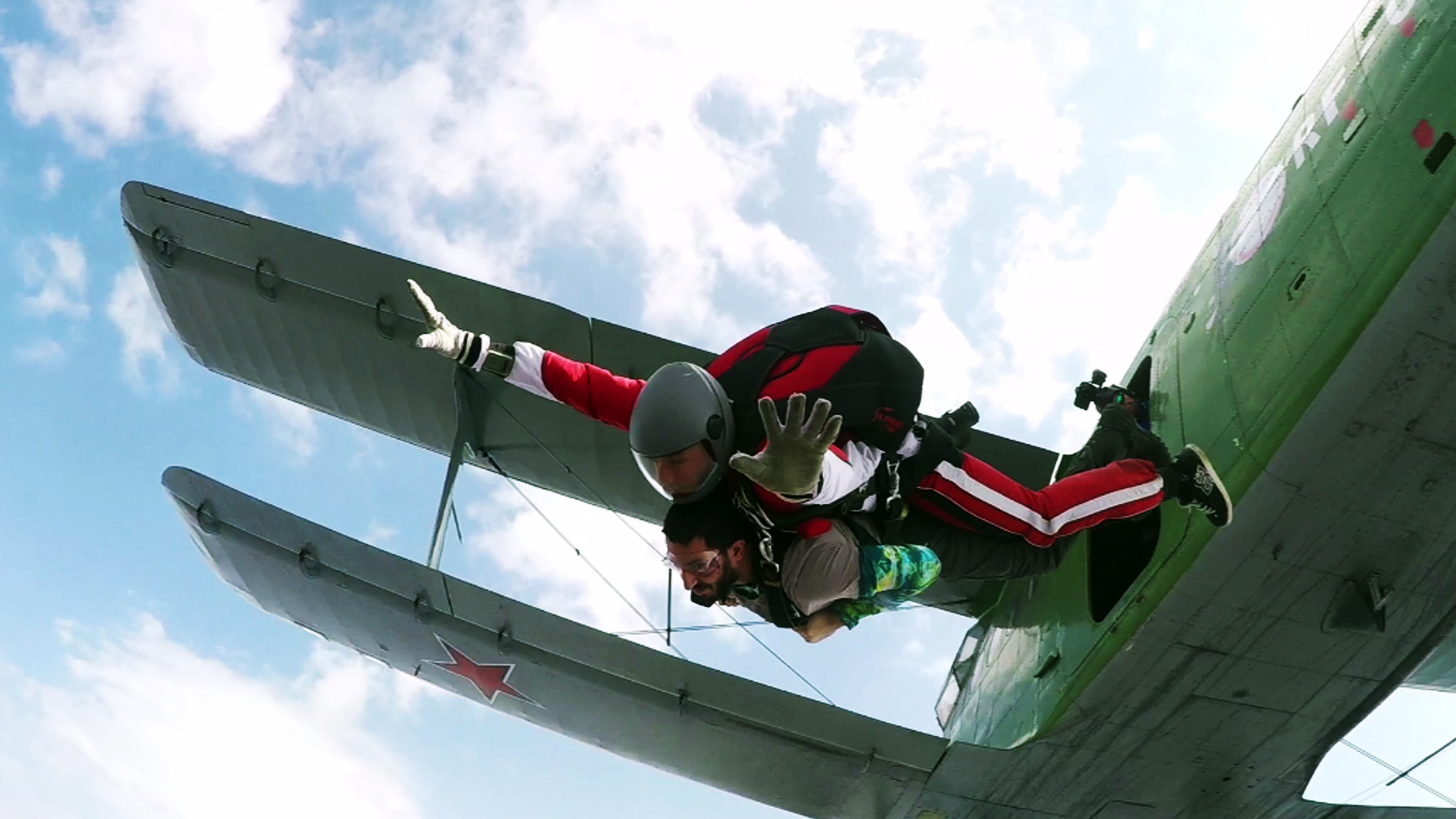 It was about five o’clock when I left Chelyabinsk. I was driving along with a cemetery the first part of the road out of the city. We are just a couple of hours away from Yekaterinburg on a very smooth road. Artiëm would be there waiting for us by eight o’clock so we are not in a hurry. I met him last year in Dushanbe, in Tajikistan, when waiting for Evgeniya to arrive after her small accident in Uzbekistan. We kept in contact since then and now I had time enough to go and pay him a visit. As “Victory day” was close, we scheduled our reunion just one day before so we could both watch the military parade.

We met at the outskirts of Yekaterinburg. I found out that he still has some problems with his motorcycle as he didn’t receive the spare parts he bought for it. It’s been now nine months since the last time we saw each other. Nine months since I started riding on the Pamir highway. We went directly to his home to have dinner and wait for a friend of his. Arumas came with his motorcycle and we had a little chat before going out for a night ride around the city. As usual, we visited some of the biker gatherings points in town.

The next morning, the Victory Parade mode was on. We woke up early to get as close to the first line. We walked for forty minutes until we got there. While walking, I could saw people joining the same direction we were going. With time, the street was covered with people. Which each step, walking on the streets was getting harder and harder. We found a corner where people were gathering and, after looking a little farther, we decided to stay there. The parade was composed of military vehicles and marching bands. I guess the ones held in other bigger cities as Moscow or Saint Petersburg would have more to show. I felt like this one was too short.

After the parade, we met up with Miroslava, Artiëm’s friend. I took her on my motorcycle and drove to Pyshma to see the military museum there. In a couple of hours, they would be celebrating Victory Day with an air show. Unfortunately, the crazy traffic didn’t let us get there on time and we had to watch part of it from the road. Once in the city, we visited the museum. There was mainly tanks and trains, but you could find some aircraft, war vehicles, and militia artillery. The heat was so intense that after a couple of hours we retreat back to Yekaterinburg. We were all hungry and time was ticking. Fortunately, we arrived at a small burger shop right before it started hailing. In no time, the streets looked like rivers. We waited patiently for the storm to pass. Meanwhile, Miroslava offered to teach us how to walk on jumps. We went behind her apartment building to practice in a children playground. It was quite a strange experience but we had a lot of fun, even if the floor conditions were not the best. Luckily for us, Miroslava is an acrobatic and fire show performer.

I was supposed to leave the next day, but as Artiëm’s hobby is skydiving we went to the aerodrome where he also works as a photographer. This is something I was willing to do for a long time. I had never really looked at it properly and in Spain, it is around three times more expensive. Probably this is because benzine’s price is higher. My instructor was Andrey and we all jumped from two thousand two hundred meters, the standard jump for skydiving. We spent most of the day in the aerodrome waiting for our turn while watching some other people get prepared or practicing skydiving acrobatic moves. I had really a bad time jumping off a bridge a couple of years ago, and I don’t deal well with jumping to emptiness. Although I was not feeling that nervous until I was a step away from jumping, the whole experience was not as bad as I thought it would be. It was around twenty-five seconds of free fall where the air pushes you back and you really don’t have the impression of falling.

By the end of the day, we were back at Artiëm’s house waiting for some friends to come. We would do a barbecue outside in the street, something that is pretty common here to see. As the past days, the menu had shashlik as the main dish.

Episode 60 – On the way to Chelyabinsk