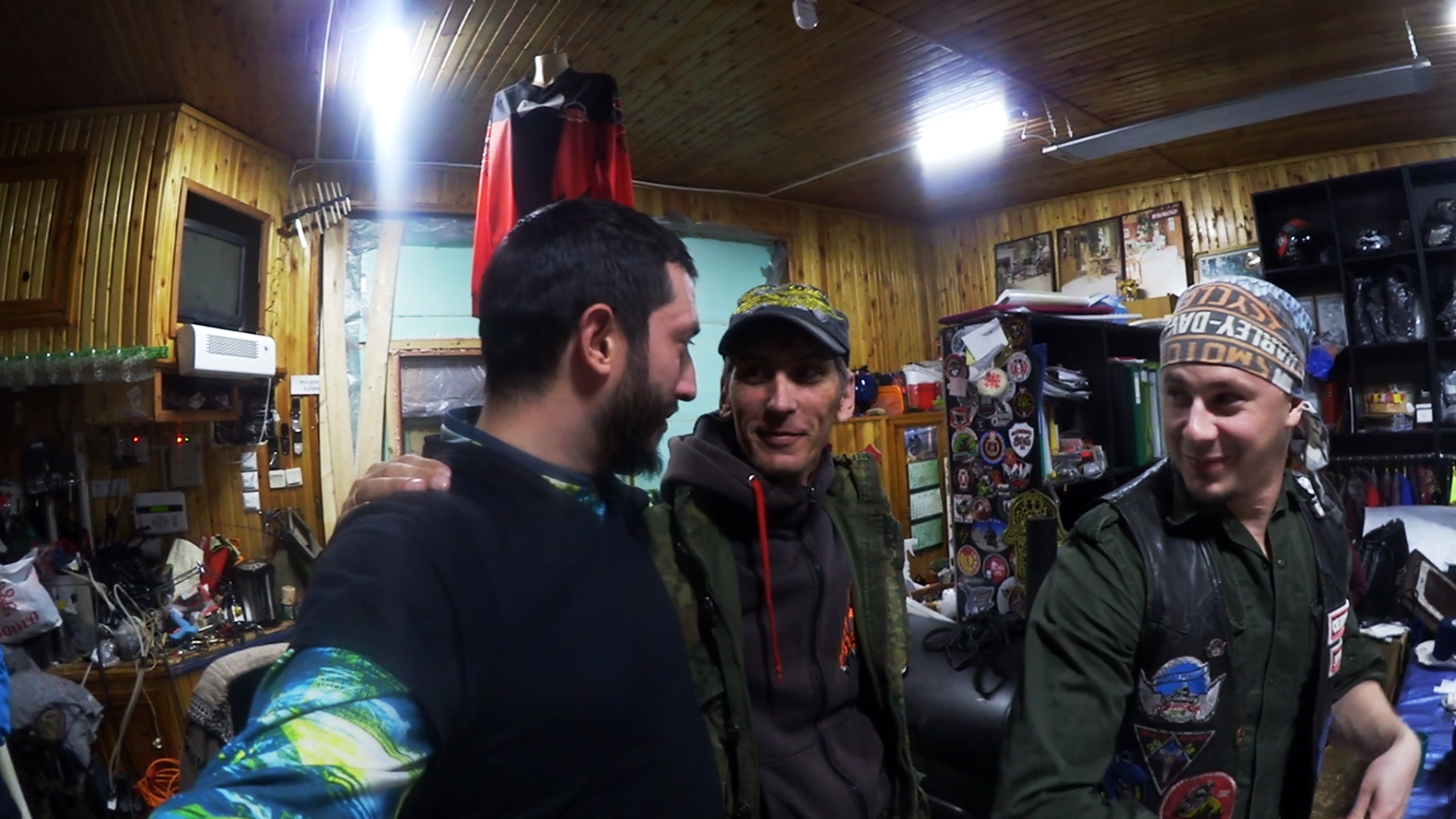 After having breakfast, we prepared our motorcycles and started the engines. Evgeniy is coming with me to Nefteyugansk as he works nearby. He has a working schedule of fifteen shifting days and now it’s time for him to go back to work. It is pretty usual to find people working a certain amount of days and having the same amount of holidays afterward. The more common schedules are fifteen days or a month.

About a hundred kilometers from Tobolsk, we stopped at Road Sharks regional president’s house. For my surprise, he was also named Evgeniy. He invited us home and we had lunch together. We didn’t stay much longer as we were running a bit late. We left Tobolsk around one-thirty and I was not planning on speeding on the road. The distance we needed to cover was five hundred kilometers and it took us almost seven hours to accomplish, plus lunchtime. We made it to Nefteyugansk by nine o’clock. Andrey came to fetch me and Evgeniy went back a hundred kilometers to his working place.

Andrey took me to Road Sharks Clubhouse were other members were waiting for me. I met another Evgeniy there which just happens to be the president of this region as well. Another member, Dimitri, took the role of a translator which made everything easier. I was told Evgeniy had some contact with a store that sales the adventure canister I was looking for and when I told him about it, he started making some calls.

After a while, Dimitri told me the problem was solved and that someone would bring the canister for me from Surgut. Indeed, the owner of BRP Surgut came and brought the canister with him. Our gas problem was solved now. Time was passing and people were starting to leave. In the end, we were only Dimitri, Andrey, Valeria, and me having dinner.

The next morning, Andrey came back for me. Victor and Aleksey, other members of Road Sharks, came along so the could take me for breakfast. We got just on time to the restaurant before it started to rain. A good omen for the kilometers that lie ahead.