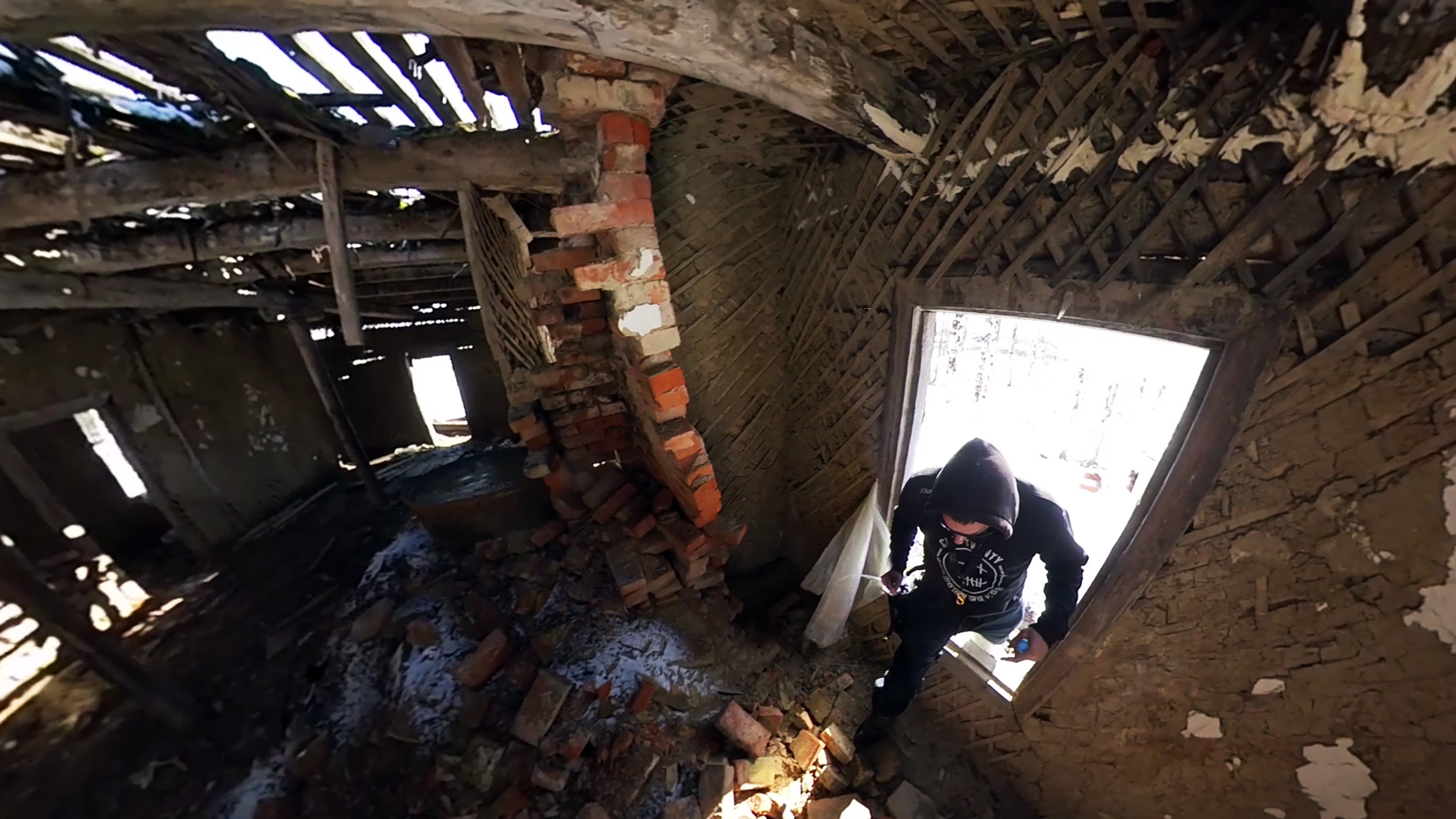 The motorcycle spent the night on the other side of the river while I was staying overnight at Artur’s. It was Monday and everyone had to go to work. Liuba came home and we took the car to get Aleksey before heading to the bridge. There was not a clue about how I was supposed to cross the river this time. My first guess was using the off-road busses I have seen the past days. When we arrived, cars and trucks were parked in line and they weren’t moving. The busses were not an option and someone told me I could probably use one of the airboats services. Unfortunately, they were all parked as well.

After a while, Aleksey said: “We are ready, let’s go!”. There was no sign of the airboat I was expecting and we hopped on one of the cars and crossed the river. As the motorcycle was under a plastic cover and near the security post there was nothing to worry about. I thanked Aleksey and Artur for their assistance and went back to the main road in Korotchayevo.

The landscape changed as I left the city. The temperature dropped down. Trees began to remain in my head as a vague memory and slowly started disappearing from the sides of the road. Artur gave me the contact information of Mikhail, another biker that would be waiting for me in Novy Urengoy. He would meet me at the city entrance. As soon as I got close to the gates, a pickup truck starts flashing at me. My plan was stopping in Novy Urengoy for a couple of hours and continuing later to Nadym. As you may have thought, plans are not made to be followed in this journey.

Mikhail took me home and offered me something for lunch as he asked me to stay overnight. It was about three o’clock and continuing to Nadym could have taken me another three hours as the temperature kept dropping. I finally decided to stay with him and go around the city for a quick sightseen tour. Novy Urengoy, as almost all the city’s around this area, is an industrial city. There is not much to see apart from residential buildings, war memorials, and gas lines.

Iuliia, a friend from Mikhail who had just returned in town after several years, joined us. Our first stop was Victory square, where there was not only artifacts from the Second World War but from all the wars Russia had participated in. The next stop was fifteen kilometers outside the city, where a monument on the side of the road indicates where the Russians found gas for the first time in the Yamal region. Our last stop leads us to the local motorcycle clubhouse. In about a month they would be hosting the beginning of the motorcycle season.

Mikhail had to leave to attend some work issues. Instead of leaving me alone, Mikhail swapped with Roman, former president of NurBike club, who came to fetch me at the clubhouse. As is it still a little early for other friends to come, Roman took me to a private bathhouse to have everything prepared before the arrival of the rest of the group. After a small tour around the facilities, we started preparing some food. As there was no one around when we finished we just started using it. Around half an hour later, only Mikhail was still missing. The guys ordered some pizza and kept using the facilities until Mikhail arrived.

This bathhouse was similar to the one I was in Krasnozerskoye. Roman told me that the main difference, apart from the temperature rates, is that the bath (“баня”) is shared with friends and only men are involved. It is possible that a couple could share the room but mixed rooms would only happen in the sauna. I remember that when I was in Finland we took turns to enter the sauna as well. In any case, I am used to seeing single-gender use saunas in gyms. The rest of the saunas are mostly found in spa centers and are mixed. Maybe the reason is you are not allowed to go naked in those ones.

Early in the morning, we left the next day to Nadym. Mikhail suggested me I should stop every thirty minutes to warm up, and I really regret not paying attention to this advice. After a hundred kilometers, I arrived at Pangody. I was freezing a little on the road but as soon as I stopped my hands started to burn. I found in Pagody the only two, or three, gas stations in between the two cities. I stopped for half an hour until my body temperature was good enough to continue.

Another contact from Artur was waiting for me about ten kilometers before Nadym. Max, the first Vulcan rider I have found this far north in Russia. He drives a VN800 covered with small painted skulls. He took me city’s welcome sign after making a small stop on the other side of the bridge which leads to Nadym. Again, the river was frozen but it was defrosting fast these days. Summer was around the corner.

Some other friends of Max, Roman, and Svetlana, showed up and invited us for lunch. On the way to their apartment, we tried to store my motorcycle at Max’s garage but unfortunately there were too many vehicles in there to add one more. Max’s garage had a guest room on the upper floor. Although I was invited to stay there, the garage was quite isolated from the city and Roman offered his house instead.

After we had lunch, Roman took us forty kilometers farther west to visit the ruins of Stalin’s Railroad station 501. Known as the “Road of Death”, this is one of the settlements along an incomplete railway in northern Siberia built to connect Salekhard and Igarka. There is a small section between Nadym and Novy Urengoy which was rebuilt and is still working while the rest from Salekhard to Pangodyrebuilding is just planned. This railroad was built mostly with prisoner labor, and a large number of them perished. While walking around the remains of the settlement, Max explained to me that a lot of people travel there just to pay they respects. The most common things people leave there are cigarettes and vodka for the spirits.