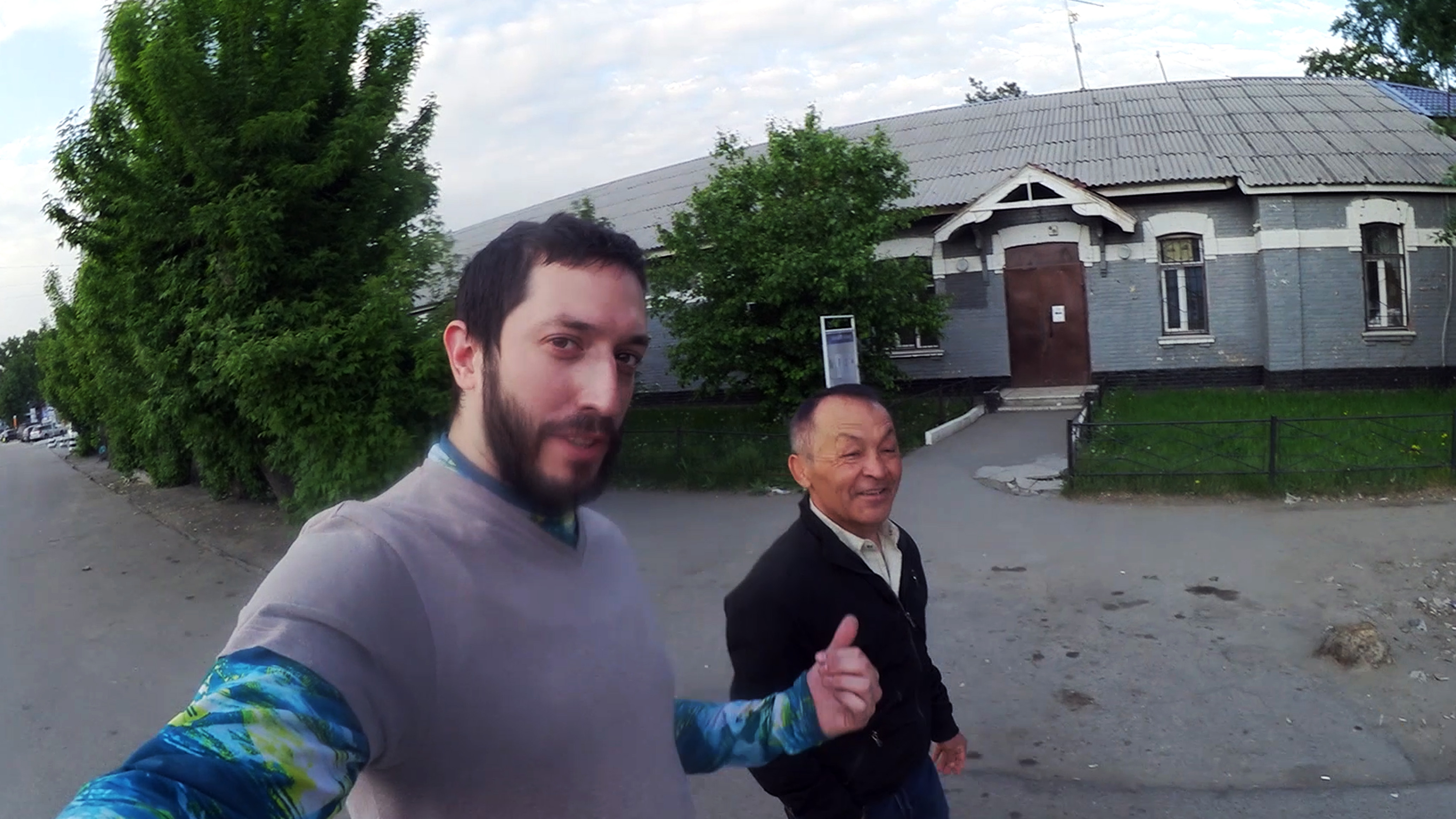 Leaving Novosibirsk means we are now on our way to Mongolia. Only a couple of days more and I would be entering a new country. Mongolia was dismissed from my list last year as I had a lot of problems getting my Russian visa done. I remember traveling around Europe asking my mother and my girlfriend every two days if they were capable of getting it from this untrustful visa office in Madrid. By the time I was about to leave Europe, they got it. Unfortunately, it was already too late to start a new visa process. Anyways, due to my journey in Tajikistan, I had to stop in Novosibirsk for winter. The visa would have been lost.

During the last weeks of that journey, I got in contact with Nikos, another Spaniard who started an around the world trip two years before. Due to several issues, he had to stop after having the motorcycle held in Vancouver’s harbor for a long time. Barnaul would have been one of my first stops back in Russia, but as I detoured south to Tajikistan, Nikos left before I even made it somewhere near. This time we are both on the same page and we were finally meeting.  Nikos is trying to set up a biker hostel in town but what I didn’t know back in the day was that he moved to Barnaul because he married a woman he met during his journey.

When I arrived in Barnaul, I went straight to the hostel. It was not too late but enough for Nikos to not be available to meet. It took me a while to figure out where the hostel was. It was not so clear on the map. Once there, I took a “hot” shower. Did you see I used quotation marks? By the time you read this, you may have understood that something was not going fine. Sometimes it is the water pressure, sometimes the water never gets warm. Although the internet was not working, which is a common issue in these places, I found a man who spent some time with me.

His name is Kairat. An Ürümqi born citizen, who left his motherland, the Xinjiang Uygur Autonomous Region, to find a better life on the other side of the border. Kairat has a son who was just released from prison and he was spending the night in Barnaul to fetch him the next day. Kairat made me some company during the night. We met because we were sharing a room. Although I don’t speak Russian, he quickly started a conversation. I needed to go get some food so I ask him if he wanted to join me. I guess it was not his first time around as he took me directly to a small shop not so far from the hostel.

We spent the night together in the cafeteria teaching each other how to pronounce numbers in our own language. He was writing down in Russian and I was phonetically writing back. I have already learned on this trip that Russian grammar is quite complicated. It is a blessing that I learned so fast how symbols are pronounced but the fact that sound variations depending on where the letter is positioned, or how the word is written, drives me crazy. It got very late and Kairat had to leave early to get his son. As I was going to Mongolia, Kairat offered me to stay at his home in two days time.

The next morning, I farewell Kairat and went to the city center to meet Nikos. We did a small tour around the city. Unfortunately, Nikos had to work on his biker hostel project and had to leave after a few hours. The mosquitoes were growing strong in the area as the summer was around the corner and he couldn’t delay too much the process. Nikos left and I went back to the hostel. I needed to work a little bit and I wanted to rest before having dinner in a biker bar Nikos recommended me down the road.

The biker bar was highly decorated. Motorcycle rims and shocks were turned into chairs, and handlebars into table lights in the second room. Horse seats were placed in front of the bar table in the third room where a pool table was the main furniture there. The first room was dedicated to racing motorcycles and the last one had a small scenario. There is a hidden door in this last room which leads to a private one for the club members. I even remember seeing the bottom of a car embedded in the ceiling. I got to meet the owner of the bar, Pavel, who invited me for a few drinks. I spent the rest of the evening with him and other frequent customers until the bar closed. Before we even started drinking, Pavel asked me to put the motorcycle away in a private parking area. There are strong regulations in Russia against alcohol and they didn’t want me to drink and drive. Drinking was not on my plans but as they became more insisting I thought it was the best thing to do. After the party, Pavel’s group of friends escorted me to the hostel

I didn’t sleep much that night. I woke up around nine o’clock, went for a shower and prepared myself to leave. Nikos told me I could meet him again for a coffee before I left and so I did. On my way there, I messaged Kairat to let him know I was leaving that day so I could meet him later in Gorno-Altaisk.

I was unable to meet Kairat again. I stayed two days in Gorno-Altaisk and haven’t received any reply to my message until I was about to leave. Kairat had to return to Barnaul without his son and try to get in contact with the authorities from there. Right after his son got released from prison, he was deported back to Uzbekistan. From that point on, Kairat tried to explain to me what his situation really was and I will try to resume it. His son has been taken to prison for eighteen months. During that time, his granddaughter and daughter in law were left alone in Gorno-Altaisk. Now he got deported without having the chance to see his family in between. Kairat told me the government is somehow abusing on the rights of Xinjiang Uygur’s citizens and others in similar situations. Even if they all have the Uzbek citizenship, which allows them to leave in the country, it seems people get constantly deported to their country of origin.

This is one of many stories I have heard from people who opened their hearts to me in this journey. Someone with a daughter in prison because of drug-related issues, people who have just lost someone, or people in difficult situations like Kairat. It is really hard to hear their stories but somehow it let you connect with them.